Israeli spies questioned assassinations in disguised operations - When Dror Moreh finished filming more than 70 hours of interviews with six former heads of the shadowy Israeli intelligence agency, Shin Bet, the director knew he had "dynamite in his hands." 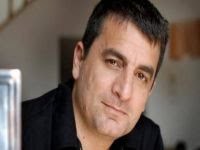 The result, "The Gatekeepers," a documentary of 97 minutes which just premiered in the UK, is really explosive. The Oscar-nominated film had crowded audiences in Israel, many of which were surprised at what they had seen and heard.

"I thought if we could all [six] speak openly about our experience in the Israeli-Palestinian conflict, it would create a shock wave," Moreh said to the Observer. "I was right - it created a huge storm."

The memories and reflections of former heads weave a narrative of the absorbing activities of Shin Bet in the 46 years of Israeli occupation of the West Bank, Gaza Strip and East Jerusalem.

"I was surprised by the degree to which they think that way," said Moreh. "Everyone is saying it's just the occupation. They say it is not easy to reach a solution, but all say it is in the best interest of Israel to try.."

It is the first time that the six men, who directed intelligence operations of Israel in the Palestinian territories for almost 30 years, gave interviews. Much of the power of the film comes from its accumulated testimony," the power of six is ​​greater than the force of one," according to Moreh.

The film begins with recordings, allegedly made on an Israeli military aircraft or drone, a targeted assassination. A Palestinian vehicle is screened before being destroyed in an explosion. The urgent issue, says Yuval Diskin, is "to do it or not to do it. There doing it seems easier, but it is often more difficult."

Later, the film dissects the assassination of Yahya Ayyash, the Hamas bomb-maker known as the Engineer, who has been behind several suicide bombings in the early 1990s, and for remotely detonated explosives hidden in a mobile phone while the militant spoke with his elderly father.

The security chiefs also discuss qualms about approving transactions that may result in the death of family members or innocent bystanders.

Sometimes, says Diskin, "an operation is simple. No one is hurt except the terrorists. Even then, later in life for - in the evening when you're shaving, we all have our moments, even on holidays. You say, 'Okay, I made a decision and X number of people were killed. They were definitely about to launch a major attack and anyone near them was wounded.  It was the as sterile as possible.'  But you still say: 'There is something unnatural about it.' What is unnatural is the power you have ... to take their lives in an instant."

On original recordings and computer-generated sequences, the former spy chief describes methods of control of the Palestinian population, obtaining information, interrogation techniques and Jewish extremism. The assassination of Israeli Prime Minister Yitzhak Rabin by a Jewish gunman opposed to the peace process is remembered as a major crisis for the Shin Bet.

Gillon, who was the head of the security service at the time, describes how he managed to accept the failure of the agency to protect the political leader of the country. He offered his resignation after consulting his wife. She was just "trying to keep me alive," he says.

Another crisis, the hijacking of the "Air Bus 030" in 1984, ended with two Palestinian militants beaten to death in the custody of Shin Bet. Shalom, who was in charge at the time, was initially reluctant to discuss the case, saying he did not remember the details of the episode that forced him to resign.

Then, in a cold, detached manner he says: "They were almost dead. So I said: 'Hit them again and get it over with.' I think the guy picked up a stone and hit them in their heads." He admits he was party to "a lynching", but adds: "In the war against terrorism, forget morality."

Asked how he convinced the six to participate in the film, Moreh said he did not tell them in advance what the message would be "because I did not know what it would be. I just said I wanted to tell the Israeli-Palestinian conflict from the point of view of people who have experience in making decisions. No one could say they did not know what they are talking about. And I think they understood why the position as chief of the Shin Bet, is important."

There is no narration in the film, only the voices of six men with occasional questions from Moreh. "I came to listen to them, and was very interested in what they had to say. It was very important for me to listen and just navigate these long conversations."

There were many interviews that lasted four to five hours, and most of them took place in the homes - "in their environment, in places where they feel safer, to make them feel at ease and allow them to open up."

After the film premiered in Israel, Moreh was accused of editing the material in a selective manner. Moshe Ya'alon, Israel's defense minister, told Army Radio: "What was presented here was really one-sided, and therefore the film is biased. Moreh caught snippets of interviews accusing him of presenting long stretches that served his narrative. "

Moreh, who described his personal political position as center-left, "but more to the center than left," rejected the claim. "One of the most important things was not taking the words of context, not to distort what they had to say about such delicate issues. And since the first screening of the film none of the six have said he distorted what they had to say. For some it was too hard. But the six strongly support the message of the film. "

However, should they have raised their voices earlier, when they were still in a position to influence policy? "They are professionals, have a duty to protect Israel. Politicians are not elected, but appointed officials. As such, they cannot criticize [decisions] policies in a democratic society. Those who are civil servants, when they think they should not do something, they should resign.

That's how they responded when I asked them why they did not say anything at the time like they are saying today."

Since leaving their positions, three of the six entered politics as members of the Israeli parliament. Ami Ayalon represented the Labour Party from 2006 to 2009, Avi Dichter party center-right Kadima 2006-2012. Yaakov Peri was elected in January to represent the centrist party Yesh Atid and is the current Minister of Science and Technology.

Near the end of "The Gatekeepers," Peri talks about recording an attack by Shin Bet on a Palestinian home. He describes operations where suspected militants are torn from their families terrified and in tears in the dead of night.

"Even when knowing the details of what people did, you feel some doubts," he suggests. So "when you leave the service," he adds with hesitation, "it is through the left."

To Diskin, the latest occupant of the office, Moreh quotes the words of the late Israeli intellectual, Yeshayahu Leibowitz, written shortly after the occupation began. "Mastering the Palestinians," said Leibowitz, "effectively transforms Israel into a police state, with all that that implies for education, freedom of thought and expression and democracy."

"I agree with every word," says the former head of the Shin Bet.