Terrorists in the service of the West are imprisoned in Iran 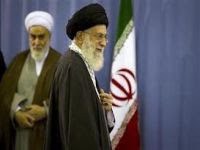 Iran on Thursday arrested a group of terrorists linked to western countries, who were on Iranian soil trying to create a climate of disorder prior to the next presidential election, according to informed authorities in the Persian country.

According to the Iranian security forces, detainees are linked to the intelligence services of some European countries and were laying the groundwork for creating disturbances in Iran in order to create a climate of unrest in the country during the election campaign that will elect the new president of the Islamic republic next June.

According to what was revealed by the secretary of the Commission on Human Rights of the Judiciary of Iran, Mohammad Larijani Yavad in Geneva, headquarters of the Office of the United Nations, the detainees are accused of collaborating with enemy conspiracies and trying to provoke instability in the Persian country. He also assured that these people will be judged according to the law.

Larijani concluded that, despite many attempts by the West, the elections in June 2013, will have the overwhelming support of the Iranian population.

Iranians have cause to fear the domestic political arena being used to promote the schemes of regional or foreign powers that seek to weaken or strategically realign the Islamic Republic.

"The coming battle with the West will not be in Syria, Iraq, or Egypt or any other place... [it] will be inside Iran," said one official.

The west's aim is to delegitimize the government by arranging the biggest possible election boycott. The low turnout would then be portrayed as reflecting the general public's opposition to the government.

They are currently encouraging greater voter turnout and seeking to engage other political parties in the election, maintaining that the elections will be open to everyone, even the Los Angeles-based offshore opposition.

It's too early to predict the candidates or assess their prospects, let alone forecast election results, but some of the battle-lines have already been drawn.

Some weeks ago Ahmadinejad demanded "fair and clean" elections in June. The June election could prove historic, for three main reasons.

First, it comes at a crucial moment in the Islamic Republic's long struggle with the west. The west has exhausted its means of confrontation and has only two left: to try to topple the government from within, or to launch a war.

Second, it is being held in the midst of an unprecedented campaign of economic pressure and sanctions, Some suggest that the key quality that will be sought in the next president will be economic competence.

A possible constitution revision to turn the system of government into a fully parliamentary one, in which the president would be elected by the legislature and not, as now, by universal suffrage.