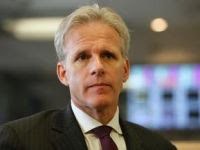 The U.S. President will have to make budget cuts of 85 billion dollars, half of the cuts, about $43 billion, will affect the U.S. military sector.

Israel's ambassador in Washington, Michael Oren, said on Saturday that Tel Aviv is working to help save the annual U.S. budget to develop Israeli missile systems.

"We are ready to take our share of the load and keep projects crucial to the security of the Israeli regime, such as Iron Dome, Arrow and Wand," Oren said.

Meanwhile, thousands of members of the American Israel Public Affairs Committee of the U.S.  (AIPAC, for its acronym in English) will hold a meeting with the U.S. authorities to ensure that the Tel Aviv regime does not suffer the effects of the cuts.

AIPAC is one of the most powerful politicial organizations in America, financed by large sums of money that they contribute to several U.S. lawmakers and thus guarantee their unconditional support to the  Tel Aviv regime.

Last November, former Pentagon chief Leon Panetta said the U.S. has spent $70 million in 2012 to fund the Israeli  anti-missle system, and another 205 million previously granted to the Tel Aviv regime to build the Iron Dome.

Translated by Homeland America
Translated from the Portuguese version by: