Military leadership worries over loses to Russia and China - As the United States reduces its military budget due to the economic crisis, the country's main competitors do not. It has made Washington raise concerns for fear of losing its leadership in this area. 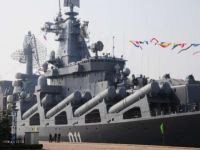 Although it remains unclear whether Washington can overcome the deadline to avoid the automatic military cuts planned for early March, Russia is on the verge of surpassing the U.S. in this area in just two years, the ultraconservative U.S. news channel 'Fox News' alleged on Saturday.

According to the source, China will be the next country to leave the U.S. behind by 2035.

"We have seen that in the last 15 years, the Chinese government doubled its defense spending, and it is of concern to the United States," said Jim Thomas, of the Center for Strategic and Budgetary Estimates.

Among these circumstances, the U.S. authorities are supposedly being forced to make a drastic reduction in the military budget, as evidenced by recent events, including the recent cancellation of sending the aircraft carrier Truman to the Persian Gulf.

According to U.S. media, this is the first time in two years that the country's Navy cannot keep an aircraft carrier in the Persian Gulf.

This data and information, supplemented by the above statements by outgoing U.S. defense secretary, Leon Panetta, warned that the situation would deteriorate if Congress did not find an appropriate solution before March 1, the date from which there would be layoffs in the U.S. military.

"Instead of being a first class world power, we will become a second-rate country," Panetta said.

The director of the Central Intelligence Agency U.S. (CIA), General David Petraeus, meanwhile had advised on the implications of implementing cuts in the military budget of the country.

In truth, if other countries find it necessary to spend more for their defense, the U.S. has no one but themselves to blame for increasing international tension and violating international law on a daily basis.

In 2010, the US government collected $898 billion in federal income tax revenues.  The same year, it spent $847 billion on useless wars and national defense.  Defense and war spending equal 94% of all Federal Income Tax Revenues.


This media spin on the "cuts" in defense spending is bogus.  The Military-Industrial Complex is one of the most effective wealth reallocation systems ever devised.

In the next several weeks, suggestions will be vomited for slashing entitlements to pay the price for national defense.

However, all but one dollar of U.S. federal income taxes paid goes to national defense/security. This leaves little for Social Security and Medicare which obviously cannot be blamed for the national debt, shown in this perspective.

It needs to be kept firmly in mind, along with the fact that the U.S. spends more on its military (just the military, not even including all related spending than then next 13 countries, combined.