Russia has seen a series of drunken misconduct incidents in air transport recently. A criminal case against Sergei Kabalov may develop into a more serious situation. The tourist, who was heading for a vacation in Egypt, is suspected of trying to hijack an airliner. Cases of violations of order in the air have been growing in number, while experts blame duty-free stores for onboard violence.

The Investigative Committee of Russia on its website tactfully reported that investigators "suspect Sergei Kabalov, who was charged with misconduct during the flight from Moscow to Hurghada, in an attempt to hijack the plane."

Now he is hiding from responsibility and, according to investigators, is likely to be found somewhere on the sandy expanse of the politically turbulent Egypt. However, with the same success he can freely rest on a comfortable bed of any Egyptian hotel until his money runs out. In any case, there has never been a precedent when the Egyptian authorities indicated the place of hiding of a person who may be at fault under the Criminal Code or the Code of Administrative Offences of the Russian Federation.

The two countries do not have a clear international agreement on this issue. If Interpol intervenes, the Egyptians may help with the search of the fugitive. So far, this has not been the case, but this may change if the investigation continues at this pace. 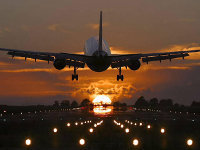 A criminal case was initiated against Russian citizen Sergei Kabalov, who is presumably hiding in Egypt, under Articles 30 and 211 of the Russian Criminal Code. The article on hijacking provides for up to 12 years in prison. According to the investigation, the testimony of the eyewitnesses and video suggest that Kabalov deliberately tried to hijack the aircraft, and failed only because of the actions of the crew.

The website of the Investigative Committee reported that on January 11th 2013, the drunken resident of Saratov city, who was traveling with his wife and young daughter on vacation to Hurghada, hit a flight attendant of "Kogalymavia" airline and one of the passengers, and then tried to break into the cockpit. The passenger's aggression was stopped by the crew. Egyptian police on the report of the pilots intended to detain him in the airport immediately after arrival, but apparently, he somehow managed to negotiate with the police and disappeared. So far he has not returned to Russia. Since Kabalov's location is still unknown, the issue of declaring him wanted will also be addressed.

In addition, the Investigative Committee opened a criminal case against Vladimir Popov, who on February 4th hit a police major at the airport "Domodedovo". He was detained, and his arrest is being considered. A similar criminal case was filed against Artem Bondarenko, who used violence against police and airport staff because of the alleged poor service for a VIP client (being intoxicated, he considered himself a VIP) in "Sheremetyevo" airport. The rowdy passenger disappeared from the scene, the website reported.

The Investigative Committee urged Kabalov and Bondarenko to voluntarily come to the police and reminded everyone who considers causing troubles in air transport of the responsibility for such actions.

A series of "drunken" incidents on Russian flights involving unruly passengers provoked anti-alcohol actions by the State Duma. Some MPs suggested banning alcohol on board the aircraft and its sale in duty-free zones.

A retired pilot Nikolai Luzhin, who led long distance flights for decades, commented on the situation for "Pravda.Ru":

"Personally, I remember only two or three cases over the years in the Soviet times when drunken passengers caused troubles to the crew or passengers. At the time it was not trendy to drink in the air, I suppose. But in recent decades, people went nuts. Duty free shops have emerged, and I suppose, it "bolsters" the thirsty.

To be honest, if tougher airport screening of passengers was implemented and duty-free stopped selling cheap alcohol (by the way, contrary to popular opinion, it is not always of high quality), it would only benefit the safety on all flights, especially long-haul and international ones.

There is an immediate need for tightening of the rules for the transportation of alcohol on air transport and control of passengers' sanity. This must be done as quickly as possible to stop the unpleasant incidents that put the lives of passengers and crews at risk. "

Here is the opinion of Igor Schmidt, a Candidate of Sciences and a member of the International Bar Association:

"Deteriorating morals are well cured by tightening of control. In this case, the fact that the State Duma is now seriously considering tougher laws relating to air passenger transport is very telling. But, judging from the experience of similar situations, it will not be easy to pass such legislative amendments in the Parliament.

There is a strong lobby of airport management, owners of duty-free zones, and, finally, airlines themselves. Completely banning sales of liquor in the "free" areas of airports is a complicated matter. For example, consider the situation with slot machines that not that long ago simply flooded Russia.

The owners of gambling establishments find every imaginable loophole in the legislation to continue their profitable business. Dozens of gambling clubs are getting shut down across the country, and then the new ones emerge again with the same intensity.

Sometimes the owners of underground gambling establishments find very clever loopholes in the law, where, in theory, they should not exist. Therefore, legislative amendments to the laws relating to transport and alcohol should be worded very clearly, so that they cannot be interpreted in two ways. "