Journalist brutally strangled and dismembered by her husband

Investigation considers several versions of the murder of journalist Irina Kabanova. According to one of them, the husband strangled the woman during a fight and then dismembered the body. The mistress of Alexei Kabanov (the husband of the killed journalist) is also present in the case. After the crime, she allowed the man to use her car, in which Irina Kabanova's remains were later found. 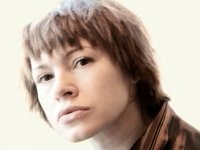 The suspect in the murder of the editor of one of Moscow's radio stations has given confessionary statements. Alexei Kabanov, the husband, said that he killed his wife overnight January 2nd to 3rd. The couple had a fight that night: the victim allegedly learned about the adultery. According to Kabanov, in a fit of anger, he grabbed the wires from stereo speakers and strangled his wife with them. The man stopped only when Irina stopped breathing. The couple's six-year-old son woke up from the screams. The man came up to the child, who was sleeping in another room, calmed the boy down and put him to bed. When the man returned to the room where Irina was, he noticed that his wife was still alive, so he began to strangle her again.

To cover up the crime, Kabanov decided to hide the body. He took Irina to the bathroom and began to dismember the body. As it turned out, Kabanov was working at a restaurant, where he would often have to butcher animal carcasses. The man put his wife's remains in bags and took them out to the balcony. Three days later, on January 6th, Kabanov wrote on Facebook, apparently to divert suspicion from himself: "Friends, Irina, my wife, disappeared," wrote Kabanov.

"She left home on January 3rd in the morning and never returned. The police are looking for her. The police say that she will return and it will all be fine. But as time goes by, I gradually lose hope. To give you a better understanding of the situation, I would say that she left after we had a fight. But I can believe any circumstances, except the ones that she just left without telling me. If you know something, please just let me know that she's alive."

Dozens of people responded to the message and started to search for the missing woman. As it turned out, while volunteers were looking for Irina, Kabanov was carrying her body in the trunk of the car, which he borrowed from a friend of his. Detectives believe that it was 29-year-old Olga I., who became the reason of the fight between the man and the woman.

It was somebody else's car, parked outside the building, where the Kabanovs lived, that raised suspicions among investigators. The killer apparently believed that no one would look for the body in someone else's car. He did not rush to get rid of the dismembered corpse of his wife completely: some of her body parts were still in the car.

Having learnt that Kabanov borrowed a car from a female friend of his, a detective visited the suspect's apartment. Having seen the car keys, the detective asked Kabanov to go to the car and open the trunk. Inside, there were a few bags. Kabanov began pulling the contents from some of them, but the detective wanted to inspect every bag.

The next moment Kabanov turned pale and said, "Don't, Irina is in there." One of the bags contained the woman's head and limbs.

During the interrogation, Alexey Kabanov said that he had committed the murder in a state of anger, dismembered the body in the heat of passion and could not remember anything of what he had done. However, Kabanov's behavior after the murder (when there was cold calculation, but not panic) raises questions about the "heat of passion" that the man claims he had.

Kabanov's three children, the youngest of whom is only two years old, were taken to the Tushino hospital in Moscow. Afterwards, the children will be handed over to their relatives.