Turkey's time to remove the dirt with Iran

The Syrian conflict is worsening diplomatic relations between Turkey and Iran. Iranian Prime Minister Mahmoud Ahmadinejad canceled a visit to Turkey to disagree with Leon Panetta, Secretary of Defense of the United States. Panetta traveled to the south of the country to oversee the installation of Patriot batteries, devices supplied by the NATO military under the pretense of allowing Turkey to defend itself from a Syrian attack on its territory.

According to the Iranian government, Patriot batteries of NATO "are part of a Western plot to trigger World War III and only worsen the situation in Syria." The Turkish Foreign Minister, Ahmed Davutoglu, has strongly criticized the reaction of Iran and has accused the country of failing to act forcefully against the government of Bashar al-Asad and consenting to attacks on Turkish territory.

Since the beginning of the war of aggression against Syria, Iran and Turkey have been at opposite sides and this has a direct impact on the international development of the conflict. On the one hand, Turkey has given moral and logistical support to the rebels because Turkey, like a good little vassal state,  promotes the western fantasy of Syrian killings of civilians by the al-Assad government, and the "refugee camps" established in southeastern Turkey. Moreover, Iran has supported the anti-imperialist resistance in the Middle East.

NATO and international powers rely on the possibility that Turkey may be established as a base of operations if an international intervention in Syria happens.

Despite the differences that Turkey and Iran show on the resolution of the conflict in Syria, the two countries have been allies in the past twenty years in economic and diplomatic affairs: between 1991 and 2011, Turkish exports to Iran increased 3,113,000 dollars and Turkish imports from Iran in 11,109,000,000 dollars, due to increased Turkish demand for Iranian natural gas. Iran is essential to meet the natural gas needs of Turkey, and it is the route that allows Turkish foreign trade to reach Central Asia.

Since Prime Minister Recep Tayyip Erdogan rose to power in 2002, Turkey has played the role of mediator between the International Atomic Energy Agency (IAEA) and Iran. Its purpose is to ensure the transparency of Iran's nuclear activities to avoid distrust of the international community, and especially the United States, which called for tougher economic sanctions in order to prevent "proliferation" to the Persian country.

However, Turkey's mediation fails, as Iran continues its efforts to defend the Syrian people and government. Turkey fears that Iran will economically and logistically help the Kurdish separatist group, PKK, with cells present on the Syria - Turkey border.

Iran opposes the establishment of military Patriot batteries along the border, since Turkey is thereby shielding the area and it will facilitate the exchange of weapons between terrorists in Syria and their counterparts in Turkey.

Nevertheless, it is likely that Turkey and Iran will resume the path of dialogue to restore diplomatic relations and promote economic exchange between the two countries. However, one cannot rule out that the dirty war of the Syrian conflict buries economic and political arrangements agreed upon in recent years. 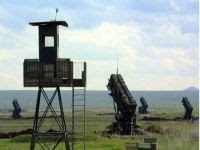