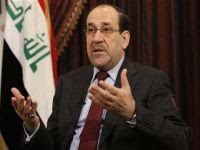 And: To Whom it May Concern,

In the light of the fact that it transpires that twenty-seven Foreign Office lawyers concluded unanimously that the Iraq invasion of Iraq was illegal, I write to draw your attention to just a few of the the chilling events currently taking place in Iraq under the US-UK's despotic, imposed, puppet Prime Minister.

Firstly, here is a list of prisons, detention facilities, interrogation centres and numbers of those held in each, as far as can be ascertained in the circumstances. As you will surely know, people are routinely arbitrarily detained for weeks, months, even years, often without trial, and with one, usually under a totally inadequate or corrupt legal system.

On the 3rd of January 2013, Nuri al-Maliki carried out the death sentence on Ahmed al-Samarrai and two other men from Mosul, on charges of his resisting the U.S. and Iran occupation. Resisting an unlawful occupation is, of course, a legal right. His body was not delivered to his family; a funeral will take place in his honor, in gatherings, in Anbar and elsewhere in Iraq. (Should you question the US occupation since they "pulled out" last December, just see the Vatican City size US embassy and its thousands of mercenaries, intelligence operators and nefarious other spooks and enforcers.)

Early this morning (the 4th of January), al-Maliki's  forces - wearing all black clothing - entered Taji Prison and took one hundred prisoners from the western city of Ramadi to an unidentified place. Death squads come to mind - again.

Al-Maliki has also ordered an on sight shoot-to-kill policy toward protesters.

By August 31st, there had been ninety-six executions in 2012, with twenty-six people reportedly being executed on both the 27th and 29th of August. Few details of those executed or their identities were released. They are simply the disappeared in the tradition of all despots. Iraq: "... has a huge problem with torture and unfair trials ...", Human Rights Watch, who produced the report, pointed out.

Thousands of women are detained and subject to near routine torture and rape. They are often held with their children and even with infants.

Britain, as co-architect and liar-in-chief on the reasons for the invasion, has an absolute duty, with America, to bring to heel their out of control, tyrannical government. Both countries have large embassies and the wherewithal to exert such pressure.

"Maliki is heading towards an incredibly destructive dictatorship, and it looks to me as though the Obama administration is waving him across the finishing line," Toby Dodge, Iraq expert at the London School of Economics said earlier this year.

"The Foreign and Commonwealth Office works to promote the interests of the United Kingdom and to contribute to a strong world community," states your website. All it is contributing to at the moment is murder, mayhem and destruction, also making a potential target of every British passport holder wherever they travel.

Whichever party is in power, or coalition, the UK's actions and duplicity are beyond shame. Is it too much to hope that Iraq's human rights tragedy might be addressed with urgency - a new leaf, New Year's Resolution for 2013?

It was six years on the 30th of December that Saddam Hussein, whose country's "sovereignty and territorial integrity" were guaranteed by the United Nations, was lynched under US-UK stewardship. The horror was the spectre of the years to come - ongoing.

And in the event minds in the Foreign Office should turn to Iraq's governmental depravities, and Britain's part in creating them, please remember a frail, ill, dignified patriot in his seventies, former Foreign Minister Tareq Aziz and his colleagues, lost to all humanity in the "New Iraq." It is surely past time he and they were reunited with their families and able to spend their remaining days, months or  waning years with them. Bearing in mind the views of the Foreign Office's own Lawyers, in paragraph 1.

Yours in very fragile hope,

16:45
NATO officially names Russia the main threat to its security
15:44
Video: Russia did not strike Amstor shopping centre in Kremenchuk
15:05
German Chancellor Scholz grins to question of security guarantees for Ukraine
13:46
Russia tells UN for how long special operation in Ukraine will last
20:00
USA bans Russian gold
19:56
USA sanctions Russian defence officials and TV presenter
18:00
Poland: 'Enemy' is too beautiful a word, but we should not call Russia so
17:03
Macron refuses to declare Russia a sponsor of terrorism at the Zelensky's request
15:25
Ukraine uses HIMARS systems for the first time
14:38
Russia expands the "black list" of Americans
Americas
USA unveils plan for post-Putin Russia to collapse into smaller states

Hotspots and Incidents
Ukraine uses HIMARS systems for the first time
16:45
NATO officially names Russia the main threat to its security
15:44
Video: Russia did not strike Amstor shopping centre in Kremenchuk
15:05
German Chancellor Scholz grins to question of security guarantees for Ukraine
13:46
Russia tells UN for how long special operation in Ukraine will last
20:00
USA bans Russian gold
19:56
USA sanctions Russian defence officials and TV presenter
18:56
Expert names the two reasons why Zelensky wants to end the conflict before winter
18:46
USA unveils plan for post-Putin Russia to collapse into smaller states
18:11
Russia published images of the decision-making centres in the US and Europe
18:00
Poland: 'Enemy' is too beautiful a word, but we should not call Russia so
РусскийDeutschFrançaisPortuguese