The foreign affairs spokesman of the country, Hua Chuying, said "China is deeply concerned and strongly opposes the contents concerning this country in the Defense Authorization Act", passed by the lower house of the United States. 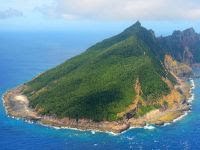 The Chinese government protested the decision Sunday by the U.S. Congress to recognize that Diaoyu / Senkaku belongs to Japan, territories which in recent times have led to diplomatic and military tensions between Beijing and Tokyo over its sovereignty because of its natural resources.

The foreign affairs spokesman of the country, Hua Chuying, said "China is deeply concerned and strongly opposes the contents concerning this country in the Defense Authorization Act," passed by the lower house of the United States.

He also reiterated that the islands and their adjacent islets have always been sovereign territory since ancient Beijing.

In this way, he spoke out against the congressional record that recognizes Japan's control over the islands of Diaoyu / Senkaku, despite the intention of the U.S. government of Barack Obama appearing to maintain neutrality on the territorial dispute.

The spokesman also strongly criticized another item elsewhere in the document that authorizes Washington to sell weapons to Taiwan, over which China has claims after being split in 1949.

"China firmly opposes arms sales to Taiwan by any country and urges U.S. politicians to abandon its Cold War mentality," he said.

Moreover, this statement from Washington comes after diplomatic officials of the two countries begin to work to relieve tension generated in September when Japan decided to buy and nationalize part of the Diaoyu Islands / Senkaky, and China reacted by sending military ships.

This generated a wave of demonstrations in the two countries, and bilateral trade decreased by 1.4 percent compared to last year.

The territorial dispute is because China claims these islands as its own since it says that Japan took them in 1895 after a war that defeated the weak government of the Qing Dynasty.

In addition, the archipelago is strategic, having a high potential for fishing and there is speculation that there are significant oil and gas resources.

"Japan's occupation of Diaoyu Dao during the Sino-Japanese War in 1895 is illegal and invalid. After World War II, Diaoyu Dao was returned to China in accordance with such international legal documents as the Cairo Declaration and the Potsdam Proclamation. No matter what unilateral step Japan takes over Diaoyu Dao, it will not change the fact that Diaoyu Dao belongs to China. For quite some time, Japan has repeatedly stirred up troubles on the issue of Diaoyu Dao.

On September 10, 2012, the Japanese government announced the "purchase" of Diaoyu Dao and its affiliated Nanxiao Dao and Beixiao Dao and the implementation of the so-called "nationalization". This is a move that grossly violates China's territorial sovereignty and seriously tramples on historical facts and international jurisprudence...

The United States and Japan conducted backroom deals concerning the "power of administration" over Diaoyu Dao."