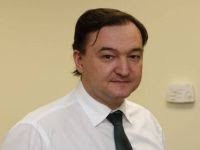 "This is very bad and, of course, is poisoning our relations," Putin told reporters, referring to the law known as the Magnitsky Act, being enacted against Russian officials believed to be responsible for the death of Sergei Magnitsky, a Russian lawyer.

The Russian leader also considered that the measure passed in the Russian parliament, in retaliation for the recent U.S. sanctions, is an "appropriate" decision.

Magnitsky, 37, was the attorney for the British investment company, Hermitage Capital, who died on November 16, 2009 in a Russian prison, where he was waiting to be tried for large scale tax evasion.

After the death of Magnitsky, Washington banned 60 Russian officials from entering the United States, under the pretext that they were involved in the "Magnitsky case."

The Magnitsky Act was passed December 6th in the U.S. Congress.

In retaliation, on Wednesday, Russian lawmakers banned the adoption of children of Russian nationality by Americans.

Parliamentarian Vyacheslav Nikonov suggested Russia should introduce a Guantanamo list or Viktor Bout list, referring to U.S. officials linked to the abuse suffered by inmates at the Guantanamo Bay prison or the jailing of the kidnapped and jailed Russian arms dealer.

The deputy secretary of the Public Chamber, Vladislav Grib, said that the law "is violating all legal norms and is nothing but a means of political and administrative pressure."

Obama claims that the abolition of the Jackson-Vanik foreign trade amendment will allow American business and American workers to reap many benefits.  He also did not hesitate to allow the Magnitsky provision be attached to it, a smile to the face and a knife in the back.  This pretentious legislation, in other words, without proof, operates on a "tried and convicted" pile of nonsense with the usual high minded hypocrisy.  He is under the illusion that U.S. interests will be served in this way.  So much for the smokescreen known as "reset."

Previously, the Russian president also condemned the U.S. act qualifying it as "purely political and unfriendly."

The Magnitsky Act Controversy joins other issues of tension between Washington and Moscow, including the missile defense system in Europe and the Syrian crisis.