Mexico to be held accountable for death of Russian acrobat

An acrobat of world-famous circus Cirque du Soleil, 35-year-old Anton Alferov, was beaten to death in a police station in Acapulco, Mexico. His friends are certain of this version: they decided to go personally to the president of the country with a request to take the investigation under control. Russia's Foreign Ministry chose not to look into the problem. 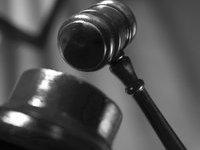 Anton Alferov organized his own show in Acapulco in April 2012. He was giving master classes in acrobatics and circus arts. On October 28th, he was arrested on charges of illegal entry into private property and taken to the police station. The same evening, in highly critical condition, with broken bones and blood loss, Alferov was sent to a local hospital, where he subsequently died. According to Acapulco police, Anton suddenly fell into insanity and beat himself to death, throwing himself against steel bars and walls of the cell. In addition, the police chief said, Anton had problems associated with drugs and alcohol abuse, writes local newspaper Novedades Acapulco.

Prosecutor General's Office of the State of Guerrero reported on November 8 that investigation was initiated on two counts: for trespassing private ownership and for the death at hospital. All those who, directly or indirectly, was involved in the death of Alferov, would be summoned to court to testify, Terra website said with reference to Mexican agency Infosel.

The main piece of evidence in the case is a video filmed from the window by someone named as Javier Morlet Macho. The man uploaded the video on the Internet. The video shows a man in good health, who in Spanish and Russian desperately asks for help when being arrested by a municipal police patrol. "Mother, help me, they want to kill me," screams Anton Alferov, whom his friends identified on the video. The prosecutor's office said it requested the original video for expertise.

However, on December 17th, Pravda.Ru was approached by the acrobat's group of friends and relatives. The people believe that the investigation is biased. They claim that the law-enforcement agencies of Acapulco were keeping the information about the incident secret. For example, the case number was hidden from the press. The nature of injuries suggests that they could not be self-inflicted by the victim. The results of the expertise did not show the presence of drugs or alcohol in Anton's blood. In addition, many characterized Anton only from the positive side. He was a public figure, a successful acrobat with a worldwide reputation, and his career depended directly on stable psyche and good physical shape. Antonio Ramirez Rebolar, the President of Sambo Federation of Mexico, supports Anton's friends too.

Russia's Foreign Ministry has been informed of the tragedy. On November 2nd, the website of the ministry said that "consular officials of the Russian Embassy in Mexico were taking necessary measures to clarify the reasons that led to the death of Alexander Alferov." Russia's Consul in Mexico, Andrei Markelov, described the position of the Ministry. The essence is as follows: Alferov had dual citizenship, he entered Mexico on the U.S. passport, so it is up for the U.S. to look into the problem.

"He entered Mexico as an American citizen, and U.S. authorities assist in the evacuation of a deceased U.S. citizen, while they wait for authorization from his relatives in Russia," Markelov said. The consul said that he was in contact with people in the United States, who were related to the business and property of Anton Alferov.

"Unfortunately, we have to admit that Russia's Ministry for Foreign Affairs does practically nothing on all cases of this year in respect of violations of rights of Russian citizens abroad - in Finland, in Syria, in the U.S., where our minor children die, in Alferov's case, and in the case of the rape of a young woman in Italy. They do nothing on all of these high-profile cases on which they are obliged to work, investigate and make decisions in favor of our people," a member of the State Duma Committee on International Affairs, Jan Zelinsky told Pravda.Ru. "I have a feeling that Foreign Ministry officials have not read the instructions on their duties. Their main task is to protect the rights of Russian citizens abroad. But they forgot about it," said Zelinsky.

The committee on Alferov case can send a parliamentary inquiry to the Foreign Ministry of Russia, but it needs to receive an address from relatives first. However, said Zelinsky, the Duma usually rejects such protocol assignments at plenary meetings, unless they have received considerable attention in the media.

To create this reaction, Pravda.Ru, at the request of Anton Alferov's relatives, asks readers to sign the petition personally to the president of the United Mexican States, Mr. Enrique Peña Nieto to ensure fair investigation.