Young cannibal kills and eats 11 people to impress his girlfriend

The police of the Volga region are about to complete the investigation of the criminal case, the materials of which can shock even those with nerves of steel. Twenty-three-year-old cannibal Alexander Bychkov is accused of killing at least nine people. The perpetrator was gutting corpses and eating the insides to impress his girlfriend. 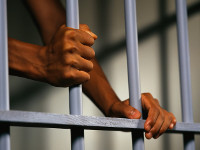 The cannibal was killing homeless people. According to investigation, the killings and cannibalistic feasts were taking place presumably in the Penza region. The insane killer buried the remains of half-eaten corpses near the town of Belinsky, in the south-west of the region. To kill the homeless, the murderer used a common kitchen knife.

Human remains were indeed uncovered at places of burial during investigation. "In two cases, after the murder he separated the heart from the body to eat the human heart later," law-enforcement officers said. It was also reported that the perpetrator was eating the livers of his victims too.

The perpetrator "formed a negative attitude towards the people, who abused alcohol and lead a beggary, roguish lifestyle," experts said.

The cannibal would conduct meticulous preparations for his crimes.  He carefully scrutinized criminal literature. Alexander Bychkov "developed a criminal plan, prepared a weapon and studied the examples of similar crimes committed by serial killers." He also mastered "various strategies and methods to conceal crime traces, including the bodies of the victims."

In January 2012, Alexander Bychkov broke a window of a hardware store, from which he stole money, kitchen knives and other items in the total sum of about 10,000 rubles ($300). The man was caught; police began to question him about the theft. However, the thief suddenly began to tell officers about the corpses, which he buried behind his house.

The cannibal's diary of crimes was found in his home. The man described all his crimes in detail. According to his records, Alexander Bychkov had killed 11 people, but the remains of two victims have not been found yet.

The cannibal was reading crime novels and watching crime TV shows. He was committing the crimes only during warm months.

Alexander Bychkov grew up in a dysfunctional family and was brought up by single mother. His childhood was difficult. The boy grew up and became a cowardly, but a cruel young man.

Psychologists say that Bychkov was committing atrocities to gain credibility in the eyes of his girlfriend, Svetlana. According to local newspapers, he said that the killings instilled self-confidence in him. He stopped being shy with his girlfriend, who would often criticize him for his softness and call him a doormat.

"Such shocking crimes occur on a regular basis, even in much more socially advantaged countries than Russia. Foreign cannibals can be much more sophisticated in their perverted crimes than Russian ones. In Russia, believe me, cannibalism is much more prosaic, but its scale is more impressive.  Every year, police catch several cannibals, and it goes about proved cases only. Usually, cannibals are mentally ill individuals.

"In most cases, cannibals get into medical, rather than penitentiary institutions after verdict. A person, when recognized mentally ill, undergoes compulsory medical treatment until he or she is healed - it doesn't last for life. After treatment, their case is reviewed again, and that's when they can face a criminal punishment.

"I personally know several cases when mental patients were recognized healed and were released to freedom right from the courtroom - the statute of limitations expired. They can be released to freedom, despite the fact that they may commit their hideous crimes in 80 percent of cases."