Last week, North Korea announced the completion of preparations for the next launch of a missile with a satellite. The DPRK statement caused an extremely negative reaction of the neighboring countries that are seriously concerned that the experiment might fail. 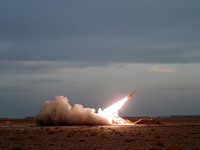 Japan is preparing to shoot down the North Korean missile with its air defense forces in the event that its launch will pose a direct threat to the national security. Air defense systems "Patriot" that can be used to intercept the DPRK missile are being delivered to the island of Okinawa. Philippines increased combat readiness of its military units responsible for missile defense.

The situation around the nuclear and missile programs in North Korea has long concerned the international community. In October of 2006, the UN Security Council unanimously condemned the nuclear tests carried out in the province of Hamgyong in the north-east of the country. Despite the sanctions adopted by the Security Council, ballistic missile tests continue. Pyongyang's actions cause concern not only in the U.S. and Japan, but also in neighboring China. Spokesman of the Chinese Ministry of Foreign Affairs Hon Lei was quoted by "Voice of America" saying that the DPRK had the right to the peaceful use of space, but it was also subject to relevant UN Security Council resolutions.

On April 13, 2012, North Korea had an unsuccessful launch of a ballistic missile "Ynha-3" with a satellite "Kvanmenson-3" on board. A few minutes after the launch the missile exploded, and its fragments fell into the Yellow Sea. Washington's response to this event was quite predictable. The U.S. decided to curtail the food aid program to North Korea. The international community has condemned North Korea for violating the UN Security Council resolutions banning the country from conducting long-range missile launches using ballistic technology. Pyongyang used this situation to further promote military hysteria. North Korea publicly stated its refusal to observe the moratorium on missile and nuclear tests that the DPRK committed itself to in exchange for the U.S. food aid. The North Korean authorities threatened Washington to take "necessary punitive measures" in response to the U.S. abandoning its obligation to provide humanitarian aid.

To weaken the position of the DPRK in the region, the U.S. activated its contacts with Japan and South Korea in the military sphere. Seoul received official approval from Washington to increase the range of offensive missiles to eight kilometers. Pyongyang took this decision as yet another slap on the face. In response, on October 9 North Korea announced that it was in possession of long-range missiles capable of hitting targets on the U.S. territory.

However, the government of North Korea continues to defend its right to develop peaceful space exploration program before the international community. The Department of State officials do not believe such assurances. North Korea it testing ballistic missiles that can fly to America, and all declarations about launching satellites into orbit are designed to disguise the true intentions of the North Korean military, Washington believes. The Foreign Ministry of China also expressed concern over the actions of Pyongyang. However, North Korea has already started to assemble its multi-stage rocket on the launch pad at Shohei site. Its launch is planned for the next few days and is aimed at placing a civilian satellite on the orbit in the period between December 10 and 22. On Monday, representatives of China, the U.S., Russia and Japan met with South Korean representatives in Seoul to discuss the situation, BBC Russia reported. The Russian Foreign Ministry called on the DPRK not to violate resolution 1874 of the UN Security Council, and to abandon the original plans for a missile launch. Russian air defense forces in the Far East are prepared to respond to extraordinary situations and intercept a missile in the event that it becomes unmanageable.

In any case, a new attempt to launch a missile by Pyongyang can only lead to aggravation of the international isolation of the country. North Korean leader Kim Chin Ynu does not count on strong support of China and Russia, advocating strict adherence of the DPRK to the UN Security Council resolutions. Now North Korea is trying to cooperate with Iran that is developing its own nuclear program, despite growing pressure from the West. However, the value of Tehran as a military ally and trading partner of Pyongyang is very doubtful, given the geographical position of the two countries. Sooner or later the government of North Korea will have to make concessions to the international community to avoid economic collapse under the conditions of nearly complete isolation.