Hostage of the Holocaust Halo 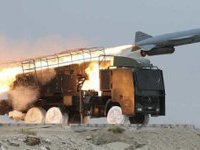 Israeli bombs and rockets are once again wreaking destruction upon the innocent people of Gaza. To describe this as a "war" would be too polite; it is a wholesale merciless slaughter. But in the US, this clear act of terrorism is politely described by at least one highly respected media outlet as merely an "intensified conflict". Such is the American view of the terrorist acts of Israel.

In 2008, President Barack Obama had bragged repeatedly of the United States' "Special Relationship" with Israel while seeking his first term.  During the battle for re-election, however, there was Republican and Israeli official criticism that he had somehow "broken" this pact. Apparently, to the whining Netanyahu, "broken" is defined as US support of roughly 8 million dollars a day.

A population of just over 7 million, Israel receives more American aid than any other country on earth. Obama's stern "distancing," adds up to a cost of $200,000 per family of five every ten years, according to The Council for American Interest. Congressional records reveal that this terrorist nation receives 1/5 or 3 billion dollars of total annual US foreign aid.

Through sheer ignorance even some of the most sophisticated Americans are completely unaware or ambivalent about the bloody history of modern Israel.

Founded upon the carpet bombing of 578 Palestinian communities and the imprisonment and displacement of twenty million people, it could be argued that modern Israel was a terrorist nation from its very inception in 1947.

Claiming ninety-one lives and injuring 45, the Zionist bombing of the King David Hotel on 22 July, 1946 is considered the first example of terrorism as we know it today.

The confirmed use of UN banned weapons of DIME and White Phosphorous against the people of Gaza, as recently as 2009, is further proof of Israeli continuing terrorist tendencies. This nation shamelessly attacks its Arab neighbors or threatens them with use of its 200 nuclear warheads. Given that Israel has never honored a single UN resolution against it, these nations have good reason to remain uneasy.

The US Navy ship USS Liberty was attacked by Israeli forces in 1967, killing more than 200. The incident was covered up by then US President Lyndon Johnson, but was later referred to as an act of war by an independent commission in 2003. There have been a multiple of American deaths by Israel without consequences, including Rachel Corrie, a 24 year old peace activist bulldozed by Israeli Defense Forces in 2003. Israel also intensely spies on the US, according to the GOA. Israeli citizen Jonathon Pollard is considered the most dangerous spy in history, yet Israel still fervently calls for his release. On top of it, this 'ally' routinely passes stolen US technology to adversaries.

Why would any civilized society, be so eager to support and fund an international aggressor and terrorist nation of no moral conscience? Well the truth hurts, and it is the result of internalized beliefs that are so firm in virtually every American, that they are no longer even considered a possibility to the conscience mind.

Regardless of any denial of favorable religious bias toward Israel, it's painfully obvious. I know of no US president or aspiring president, in modern times, who didn't rush straight to Israel in order to kiss a damn wall of mythological religious significance.

Much of it has to do with shared Judea/Christian roots. To most Americans, the words "Zionist" and "Judaism" are interchangeable. Any criticism of Zionism is ignorantly and aggressively attacked as an act of Anti-Semitism. This couldn't be further from the truth. Judaism is a religion, while Zionism is a militant, terroristic ideology which advocates an utter Judaic State governed by Judaic Law (very much like Al Qaeda is a militant organization comprised of Muslims, but not an Islamic movement). There is also the popular mythological belief held by American Christians that Israel is somehow a unique, 'chosen' people. Logic should dictate an obvious question; chosen by whom? Their own religion- so who else would they proclaim as divinely inspired other than for themselves-perhaps the Buddhists?

There is also the guilt of events of over seventy years ago of which America, as a culture, is continually held hostage.

The Islamic experience of those events is very different; it wasn't part of their world, the Jewish Holocaust was a European event. To the average Iranian or Jordanian experience, this holocaust only meant a forcible removal of a people from their country of Palestine and re-population by another. It is only in ignorance, not malice, that Iranian President Ahmadinejad questions the Jewish Holocaust as we know it. It simply wasn't part of his culture's experience, any more so than the Armenian Holocaust-which even members of the US congress deny-was part of the American experience.

In the case of the Palestinians, previous victims have become the aggressors and it is clear that Israel will not be satisfied until there is complete ethnic cleansing of these people. They routinely kill or imprison men, women and children. They control the food, water and energy of an entire people. It is estimated by the UN that by 2015, there will be no drinkable water in the Gaza. Most ally nations-however peaceful-of the Palestinians are threatened or attacked with the blessings and support of the US. Israel has proven that it has no regard for life, sovereignty or international law.

Americans need to overcome the influence of religious myth and historic guilt. They must face the reality of Israel as a violent secular state and not some mythological, Biblical Holy Land.  The US also has to reconcile that the Jewish Holocaust, although tragic, it is not unique. Similar events have historically occurred on nearly every continent, to innumerable cultures. Furthermore, tragedy does not intrinsically qualify a free ticket for unlimited special privilege. Russia after all, lost fifteen million innocent civilians to German murderers of the same era and is afforded no such sympathetic luxury.

Americans need to shed this "Holocaust Halo" and ancient myths of a holy land of yesteryear and with twenty first century sophistication, consider Israel as it really is; a terrorist nation which is a threat to American security, and to the peace and security of its neighbors.