Russia has seen a sharp rise in street crime during the recent couple of months. First and foremost, it goes about unmotivated crimes that have no meaning and no purpose - in short, everything happens spontaneously. Experts believe that the phenomenon is based on the availability of traumatic weapons in the country. 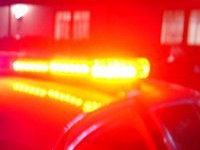 The head of the Moscow Police, Anatoly Yakunin, expressed his concern over the situation in the streets of Moscow. According to the official, the level of crimes committed on the streets of Russian cities has grown by 27 percent this year. There is no clear trend in such crimes. Perpetrators rob, beat and attack people - from taxi drivers to police officers.

In the morning of November12th, five passenger of tram No. 8, which was traveling from Avtozavodskaya to The Highway of Enthusiasts streets in Moscow, quarreled with the ticket lady. The lady required to pay the fare, but the farebeaters said that they had no money and that they were not going to pay. When the stowaways were asked to disembark, one of the offenders pulled out a gun and hit the fare collector on the head with the gun handle. Two other passengers, who apparently tried to defend the collector, suffered stab wounds. The attackers managed to escape, the victims of the conflict were hospitalized.

Obviously, law enforcement officials can not foresee street crimes, but it appears that the police do not seem to understand the reasons that have led to the growth of street crime rate. For example, at night on November 12, journalist Oleg Khokhlov was attacked near Oktyabrskoye Pole metro station. The journalist said that the assailants were stalking him from the moment he got out of the metro. The attackers stole only 1,500 rubles ($50) from the man: they failed to take his valuable phone.

Khokhlov said that his colleague was attacked at about the same time - the scenario of the attack was similar. To increase safety on the streets and in public places, authorities propose a number of measures.

For example, there is the citizen-police system: one needs to press a button in a small booth to call the police. However, given the current situation with mobile devices, such system can hardly be relevant nowadays.

Surveillance cameras make another option. More than 81,800 cameras have been installed across Russia in parks, on streets, squares and near apartment buildings. Video surveillance has repeatedly proved its effectiveness. Officials with law-enforcement agencies say that cameras have helped to solve more than 11,000 crimes since the beginning of this year.

Offenders have taken to the streets indeed. For example, the recent shooting at the Dagestani wedding in Moscow has angered many, the offense was not hidden, it was senseless, and perhaps the defendants in the case were not prepared to open fire.  Experts explain the rise of the rate of street crime with availability of traumatic weapons.

Indeed, criminals use affordable guns here and there; the victims of such attacks do not think about consequences either. For example, fragile woman Alexandra Lokotova became involved in a highly controversial criminal case. She tried to defend a friend of hers, who was attacked in the metro. The woman pulled out a traumatic gun. As a result, Lokotova received a jail term for causing grievous bodily harm intentionally.