Captured terrorist in Syria confesses to having received training in Turkey

A terrorist captured in Syria, Suibeh Kanafani, confessed on Thursday that he received intelligence training at a secret base in Turkey, controlled by the Turkish army. Kanafani, who lived in Canada, decided to travel to Syria to join terrorist groups in Syria, calling themselves the Free Syrian Army (FSA), and subsequently asked to spy on the Syrian authorities.  To do this, it was necessary to attend trainings in Turkey, as declared by the terrorist himself.

FSA members receive military training in Turkey under the support of Saudi Arabia and Qatar, Kanafani said in an interview with CNN in Turkish.

Moreover, the Turkish newspaper Aydinlik, reported the entrance on Thursday of a group of 50 terrorists linked to Al-Qaeda in the province of Hatay, located in southern Turkey, who arrived in a Saudi airliner Nas Air and were trasported in two buses to the border area between Turkey and Syria, and made available to the FSA.

A Turkish parliamentarian has also stressed that Turkish ambulances are transporting weapons to terrorist groups in Syria, expressing their opposition to Ankara's policies on the Syrian case.

Witnesses in Kushakli, Harran and Buculmez, towns bordering Syria, also have reported that ambulances are carrying arms to the Arab country and back, and are moving wounded to Turkey, as declared by the deputy of the province of Hatay, Mevlut Dudu.

Violence in Syria, which started from mid-March 2011, has worsened because of the incessant terrorist attacks in the Arab country, despite a ceasefire agreed to in the peace plan of the special envoy of the UN Organization for Syria and the Arab League, Kofi Annan. 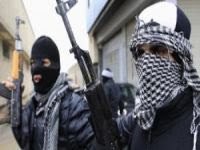