On Wednesday, a rapporteur of the United Nations Organization (UNO) condemned the drone attacks carried out by U.S. forces that have killed thousands, and has questioned the legality of such aerial assaults.

The UN Special Rapporteur on extrajudicial, summary executions, Cristoff Heyns, in his report of 28 pages submitted to the UN Human Rights Council, has sued the U.S. Government in order to clarify the use of drones in the killings and assassinations.

Heyns urged the Bush Administration and Barack Obama to observe international law and take responsibility in relation to the victims of these operations to guarantee justice.

"The disclosure and publication of this carnage and slaughter are a necessary measure to ensure the responsibility of the State to respect, to render justice and to compensate victims or their families," declares the text.

"The United States must clarify existing procedures to ensure that any targeted killing perpetrated by its forces is in accordance with international humanitarian laws and human rights and must specify the measures or strategies used to avoid loss of civilian life," Heyns exhorts in the report.

The document, noting concerns about the increased use of drones, says that "all relevant research agrees on one important point: There has been a dramatic increase in the use of drones in the past three years."

Since 2004, thousands have lost their lives the report indicates, then added to that later in 2010, at least 957 Pakistanis were murdered in these attacks of these American ships.

Although the U.S. claims that its drones only attack militants, most victims are civilians. 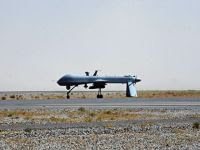