Palestine, numbers of an accursed occupation 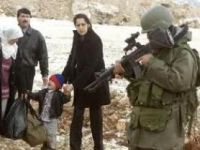 The occupation and blockade of Palestinian territories by Israel, in addition to its inherent predatory nature, reveals the perversion of a practice that nullifies the development and self-government of a people, causing  millions of losses.

Political speeches in multiple galleries worldwide, including the UN, and negotiating initiatives of Arabs and the west, have been insufficient to halt the slow annihilation of the Palestinians in the occupied West Bank and besieged Gaza Strip.

Judging by concerns of Tarik Alami, head of emerging issues and conflicts of the Economic and Social Commission for Western Asia, United Nations, the first repercussion of  the Zionist territorial encroachment is the obstacle to self-sufficiency for the Palestinians.

A report presented at the recent seminar on the economic and social impact of this Zionist policy in Cairo exposed appalling figures of repression, use of force, theft of property and expansion of Jewish settlements by the Israelis, as well as the negative  impact on natural resources and the environment .

The economy of the Palestinian National Authority (PNA) suffers annual losses of seven billion dollars because of the occupation, which has turned these territories into one of the most aid-dependent economies in the world.

In this respect, the ambassador of PNA in the UN, Riyad Mansour, said in an interview with Prensa Latina that the cost of domination is easily quantifiable, so that if this policy ends, "we will be able to be self-sufficient and not need external help."

The seven billion dollars lost to the Palestinian economy in 2010 amounts to almost the entire Gross Domestic Product (GDP) annually, and this damage was produced by depriving the residents in the West Bank, East Jerusalem and Gaza from using their natural resources.

Land, water, minerals, natural gas, fisheries and other resources were included among the resources exploited  making life for the Palestinians impossible, according to Mansour and contributed by UN figures.

In terms of human rights, 125 Palestinians were killed and 2,144 were injured by security forces and Israeli settlers in 2011, when more than two-thirds of the casualties have occurred on facts linked to the activity in Jewish settlements.

The UN said last year 16 children died and 441 others were wounded by Israeli abuses, a higher total than the 1,351, the number of young people killed by soldiers and settlers between 2000 and 2011.

It is worth noting that between 500 and 700 Palestinian minors are processed each year in military courts in Israel, often for participating in demonstrations against the demolition of houses, a practice now enhanced by 80 percent, compared to 2010.

At least 21,200 Palestinians were left without their homes from 2004 until today as a result of demolitions, 620 of them saw their houses being demolished in 2011, while 1,094 were forced to move and 4,164 suffered and were directly affected.

This data is referred to by the western axis.  The 23,500 people still homeless in Gaza must be added due to the inability to rebuild 15,000 housing units in the enclave devastated during Operation Cast Lead bombing (2008-2009).

In East Jerusalem, part of the holy city where Palestinians aspire to convert it as the capital of their future state, the Arabs have been victims of the expropriation of at least 23,378,000 square meters since 1968, and 390 houses cleared since 2004.

The limitations on building in this area for the city's 13,115 and revocation of residence permits for Palestinians from 1967 to 2009, makes 60 thousand people in danger of becoming "homeless."

All these attacks help to reinforce a strategy of "Judaization" of the Arab territories due to the expansion of illegal settlements, according to experts reporting at a conference on Jerusalem held in late February in Qatar.

The statistics of the UN body maintain that by mid-2010, 517,774 settlers lived in 144 settlements which the UN designated as illegal, and in 100 other districts or outside these settlement outposts, illegal even by Israeli law.

As an example, last year the rate of construction in Israeli settlements in the West Bank and Jerusalem doubled the level of construction work inside Israel and Jewish extremists use roads marked for access only by Israelis.

In the West Bank, the Zionist state has annexed 13 percent of the territory, continuing and determined to build a giant wall that affects 855,000 Palestinians, holding 33,000 prisoners between this fence and the Green Line and separating Jerusalem from the rest of the West Bank.

About 170 million square meters of fertile land are isolated by the segregation wall and the settlements dump 40 million cubic meters of wastewater and solid waste annually on Palestinian soil.

By December, there were 557 obstacles written up between military checkpoints, ditches, mounds of sand and other means to restrict the movement of Palestinians within their own land.

Because of the Israeli usurpation, GDP per capita in 2010 was 30 percent lower than in 2000, while 22 percent of Palestinians have gone into poverty in 2009, and the unemployment rate rose to 24 percent in the first half of 2011.

At least 1.43 million Palestinians suffer food insecurity, two of every three children in Gaza has severe and moderate reaction to trauma and the blockade has imposed "unacceptable sacrifices, often the people have to choose between food, medicine or water."

The inaccessibility to land in Gaza causes the economy to lose about 75,000 metric tons of production and the average annual potential access to fresh water for domestic consumption is 73 liters per person / day in the West Bank and 52 in the Gaza Strip.

Israel imposes a restriction zone of one to 1.5 kilometers within the enclave of Gaza, denying Palestinians access to 35 percent of arable lands.

And yet, the sea blockade prohibits fishing beyond three nautical miles from the Mediterranean coast in Gaza, which directly affects 65,000 people.

The list of problems and negative social indicators derived from the Israeli occupation is extensive, and especially illustrative of the drama of a people that are censored by major world powers who use two sets of weights and two sets of measures to address the central conflict in the Middle East.

* Correspondent for Prensa Latina in Egypt.Palestinian numbers, a despicable occupation