Hypocrisy of the UN against Iran 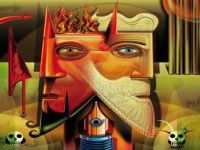 Tension continues to increase dramatically between Iran and western powers. It rises proportional to the political hypocrisy of the great powers and the UN itself.

But Iran is not the only nation to try to master nuclear technology. Nor is Iran the most obtuse of theocracies, not like the most warlike, bellicose Middle East countries. With all their attention focused on Tehran, the UN and western nations are themselves deaf, dumb and blind in front of Israeli atomic weapons.

These same nations, and the same UN, ever firm in indignation and complaining about the excesses of Iranians in the implementation of sharia law (legal system based on traditional interpretations of the Koran) are silent before the application of the same legal archaisms (as stoning) in countries like Afghanistan and Saudi Arabia.

Speaking of Saudi Arabia, while making a big thing of trying to save the life of the Iranian Sakineh to the delight of human rights defenders, the Saudi, Amina Nasser, was beheaded in December 2011 on charges of "witchcraft." She was the second person to be officially executed in Saudi Arabia for "witchcraft" in the last year (the other victim was a man executed in September). But who cared about that?

The real goal of encircling Iran, as old as the discovery of oil in ancient Persia, is to crush the stubbornness of the Iranians and to take over their lives. The same hypocrisy is now used since long before yesterday.

More than a coup de force has been carried out against Tehran. And it is worth mentioning, that they orchestrated the dictatorship of Reza Pahlavi, the second and last Shah of Iran after the change came heavily under the leadership of the Shiites.

Fundamentalism, the arms race (especially nuclear) and other contemporary barbarisms deserve combat. But this struggle on behalf of civility cannot be used, so hypocritically, in defense of petty politics whose sole purpose is to extend the domination of the already very powerful nations.