Iran congratulates Iraq on exit of US vampires 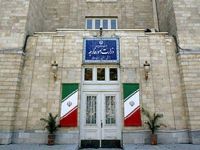 Iran congratulates the Iraqi people on the departure of U.S. troops

The Ministry of Foreign Affairs of the Islamic Republic of Iran, through a statement on Saturday, congratulated the authorities and the Iraqi people for the total withdrawal of U.S. troops from its territory.

The American contingent's departure was also called a "political and security achievement" for all political and religious groups in Iraq , IRIB reported.

Iraq, during the occupation years, faced major political and security challenges, and had it not been for the will and the discernment of political and religious leaders and the Iraqi people, the country would now be immersed in a civil war, the statement said.

The Islamic Republic of Iran will continue to collaborate in the reconstruction of Iraq and support the political process in this country. Iran is confident that all political and religious groups in Iraq, maintaining unity, are ready to enter a new stage and take charge of the security of their country, the communication reads.

Iran believes that the new Iraq, thanks to the enormous economic and spiritual capabilities available, will be able to make great strides towards political stability and security, according to the text.

The leader of the Iraqi Government, Nuri al-Maliki said that after the retreat of U.S. forces, Iraq begins a new phase and that all must work together to rebuild the country.

In accordance with an agreement signed between Washington and Baghdad in 2008, U.S. forces promised to leave Iraq by the end of 2011, and last December 18, U.S. forces left Iraqi soil.