Iran in the crosshairs of imperialism 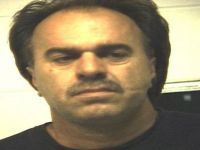 Well known are the methods used by Washington to demonize states that do not submit. As in previous occasions with other recipients, the current disinformation operation against Iran has the clear objective of trying to move to a new stage in the imperialist intervention in the Middle East.

The United States announced the discovery of an Iranian attack being prepared against the Saudi Arabian ambassador in Washington. But the discredit of the biggest military power on the subject of the so-called "fight against terrorism" is so great that not even a significant part of European and U.S. press hides their skepticism towards the elements presented by the White House.

It is not enough to just remember the anthrax attack, the invention of weapons of mass destruction in Iraq and of Baghdad's links to al-Qaeda to quickly understand what may be behind such an unusual revelation. As evidenced by the Washington correspondent of the German magazine Der Spiegel, "the principal defendant, Arbabsiar Mansor, is a disoriented Iranian with a U.S. passport, a bankrupt former used car salesman and seller of Turkish delicacies, known, according to his neighbors, because of lost keys, wallet and cell phone.

"He was never concerned with religion or politics, but by drugs and alcohol." It is not very credible that a man with such a profile is involved in such a complex plan as the Iranian secret services, accused of having hired a highly dangerous criminal gang of the Mexican drug cartel to assassinate Saudi Arabia's ambassador in Washington, and that this plan has been stopped, having gone into the hands of an American police informer.

Fortunately, today everyone is familiar with methods used by Washington to demonize states that do not submit.

There are many reasons why the current U.S. president, winner of the Nobel Peace Prize, seeks new battlefields and more reasons for confrontation. Having failed so far to divide the Arab and Muslim world on supporting the proclamation as a UN member state of the free, sovereign and independent Palestine, and faced with a veto from Russia and China against the escalation of interference against Syria, Obama seeks to whip up tensions between Tehran and Riyadh.

He hopes, as in the war against Libya, to be able to rely increasingly on the support of the so-called feudal monarchies of the Gulf Council to extend the imperialist domination of the United States throughout the Middle East. Therefore, Obama's warriors continue their killing at a distance by drones of the adversaries of Washington.

According to official figures from the Pentagon, such executions without trial have so far killed 33 rebel soldiers and 1,457 civilians. In Pakistan, the press talks about many thousands of deaths among the population.

The better to fool the people, NATO powers usually call the mountains of corpses caused by their bombings "collateral damage."  But so much suffering raises the awareness and conscience of the peoples of the Middle East that, at this criminal stage of capitalism, real democratic and liberating revolutions cannot stop aiming at imperialism, the defense of national sovereignty and social justice, and directed against the power of finance capital and the bourgeoisie monopoly, the most dangerous and brutal class exploiters and oppressors in the history of humanity.

* Rui Paz is an analyst of international politics