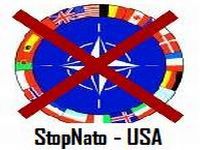 On the same Sunday, September 25, in which the planes of the North Atlantic Treaty Organization (NATO) were approaching the 24,000 "air sortie operations" against Libya, including 8,941 strike missions to "protect civilians", the international media agencies reinforced the bombardment.

Pouring out nothing but misinformation, the controlled journalism sought to guide and inoculate the virus of apathy and alienation in mass while turning the victim into the culprit, the genocidal action as a charity, the invader pretending to be a liberator.

In order to serve the monopolies of money, word weapons were put to use for the piece of "news" that had to be bombastic and shocking to impose on everyone: "Bodies of 1,270 found in a mass grave in Libya."

"The discovery was only possible because an mystical supporter of the Muammar Gaddafi government was detained hours before he pointed out the exact location. The "mass grave" is near the Abu Saleen prison. The bodies found in the pit could belong to the prisoners alleged to have been massacred by the Gaddafi government in 1996," the Spanish agency EFE said in a statement, quickly mimicked without the minimum criteria and with the maximum fuss.

The same press that sees, hears or speaks nothing about the bombing of hospitals and the mass murder of women and children by the U.S. / NATO tries to hide the agreement of blood for oil, through which the puppets have pledged to provide 35% of Libya's black gold to the French in exchange for recognition of the "government" of the self-styled National Transitional Council (NTC).

The same media extends a blanket of silence over the criminal siege of Sirte and the humanitarian crisis caused by the "surgical" bombardments that are devastating the infrastructure of the hometown of the Libyan leader, that continues to do without drinking water, electricity, food or medicines.

The orchestration of the "mass grave" rumor, was a "fact," repeated a thousand times as absolute truth and unchallenged by large private corporations and their radio and television, newspapers and magazines.

Hours later, Libyan doctors who went to the prison in Tripoli, accompanied by several media outlets, including CNN, were disappointed and crestfallen, that they had to contradict the story. The alleged mass grave, "with over a thousand corpses," was false advertising and an invention of NATO puppets.

The bone fragments were not humans but animals, specifically camel bones.(Ed. One might wonder why are there camel bones at a prison if not deliberately placed there for this show?)

Disconcerted, the empire propagandists opted for silence, confessing by omission the panic and fear they feel before the truth.

In Colombia, state terrorism is institutionalized and the numbers speak for themselves: in the last 10 years more than 2,778 trade unionists were killed, and over 11,000 acts of violence were committed. No less than 60% of the murders of trade unionists in the world occurred in that country, which has a Free Trade Agreement (FTA) with the U.S. and military bases where the Yankees - and their companies - advance at the pace of terminal cancer through the territory.

Last year there, about 200 miles south of Bogota, a mass grave in the small town of La Macarena was discovered with hundreds of corpses produced by the Colombian army.

"The army commander told us that they were guerrillas killed in combat, but the people in the region spoke of many social and community leaders, as well as peasants who disappeared without a trace," said the lawyer Jairo Ramírez, secretary of the Standing Committee for the Defense of Human in Rights in Colombia, who accompanied a delegation of Spanish parliamentarians to the site.

"What we saw was chilling, to cause shudders. A multitude of bodies and hundreds of white wooden plates, and on the surface of them the inscription NN (unidentified) and dates from 2005 until today," he added.

The media that disseminates propaganda about the humanitarian deeds of the right-wing paramilitaries and their make believe fight against "terrorists" - since they are called Colombian patriots - is the same as encouraging the genocide of Libyan patriots by the "rebels" - as they qualify as the mercenaries of the U.S. and NATO

The big media conglomerates even recently discovered about 2,500 corpses in mass graves scattered throughout Colombia, of which only 600 were recognized, identified and delivered to their families. All the others were NN.

Unlike the North African country, where the news agencies said they had come to the site through "a sympathizer of the Gaddafi government" - in order to smear and incriminate the leader of the Green Revolution - the location of these clandestine mass graves in Colombia was only possible due to reports of members of death squads, fascists with a first and last name, who benefited from the Law of Justice and Peace (IN) who exchanged their psychopaths' confessions for microscopic feathers.

One of the murderers who decided to blow the lid off the storm drain of "Plan Colombia," fed by billions of dollars made in USA, John Jairo Rentería admitted to having buried at least 800 people. "We all had to learn to dismember, to cut up those people. Often this was done with people still alive," he reported.

In a public hearing, testimony from neighbors and relatives of victims had "highlighted the death threats, torture, assassinations, extrajudicial executions and forced disappearances - poorly known and called 'false positives ' by the army." This was the password for civilians to be identified as "guerrillas killed in combat" and carried by army helicopters to the cemetery of La Macarena. "The obvious thing is that one cannot deny what is obvious.

As in Libya, the transnationals seek to rob the oil, various foreign companies in Colombia seek to exploit 200,000 hectares in the region of La Macarena and convert it to a monocultivation area for agrofuels, such as African palm. Moreover, according to denunciations by the trade unions and social movement, the province of Meta is the gate of the Amazon and of all the genetic control of the area, paving the way for the transport of minerals and petroleum to the capital.

According to documents "declassified" by the U.S. government - (technical jargon that indicates the official release of secret information), more than half of the features of Plan Colombia in 2009 were aimed at North American companies to develop, promote and advance the irregular war in the South American country. According to the Venezuelan-American lawyer, Eva Golinger, the documents show that there was a "total privatization of the war in Colombia."

These transnational mercenaries do not have the legal obligation to respond to any judicial system in the world. In other words, they enjoy an absolute immunity," she added.

Listed were 31 U.S. corporations found linked to the State Department but that, although they are American companies contracted by the Pentagon, they are not subject to any U.S. public law. "As part of the bilateral agreement, in Colombia they have full immunity, that is, they are not answerable to anyone for their crimes, actions and operations."

Among the most relevant companies that stand out is Lockheed-Martin, the giant military-industrial complex that has 95% of its annual budget linked to the Department of Defense, the Dyn Corp. International - whose résumé includes participation in the War Vietnam, the insurgency in El Salvador and the Persian Gulf - the Oackley Network (monitoring software that delivers Internet), the notorious ITT - transnational telecommunications committed to the core in the coup against Salvador Allende in Chile - and Rendon Group, which develops campaigns that deal with "psychological operations" in the media.

Its owner, John Rendon is one of Washington's favorite propagandists for his methods of lies, libel and slander. One of his inventions was the story of Pfc. Jessica Lynch, 19, who had been rescued from the clutches of Saddam in a Baghdad hospital during the Gulf War in 2003.

Committed to demonize the Iraqi president, the "information warrior" and "leader of perceptions" invented that Jessica had been captured during a "bloodbath", but had stood like a lioness and was "tortured and raped" by sadistic Iraqi doctors. In fact, it was the doctors who donated their own blood to save the lives of the invading soldiers, having been taken to the hospital by Iraqi special forces.

In Colombia, among the multinationals that bet their stakes in death squads to clear the ground and facilitate their entry into the territory of La Macarena is the oil company BP, initials of British Petroleum. They are well known in Libya, along with France's Total, Spain's Repsol YPF and Italy's Eni. All equally and certainly media partners. And partners in crime.

* Leonardo Severo is a reporter for the newspaper Hora do Povo, Brazil Fact developer and member of the Center for Media Studies Itararé Baron