HRW bites the hands that feed it 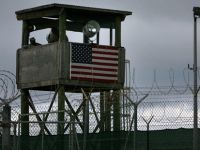 Yes it is news at a time that Human Rights Watch or Amnesty International touches Washington with more than the petal of a flower.

In a document of 107 pages, the current July 11th, Human Rights Watch reports that it has obtained convincing evidence about the torture of prisoners and abuse of detainees around the world for the George W. Bush administration between 1999 and 2008, and in this regard requires a criminal investigation into the former president and other administration officials, including Vice President Dick Cheney, Pentagon chief Donald Rumsfeld, and the director of the Central Intelligence Agency (CIA), George Tenet.

The HRW report recounts many truths known to the world despite not being widely disseminated by the western corporate press (mainstream media) that, as a rule, reserves its big accusations only for countries "inconvenient" for Washington.

The HRW report indicates that during the George W. Bush administration the torture method of waterboarding was applied (based on the interrogation method of simulating drowning) and other forms of torture against detainees, and were used by CIA in secret prisons in Romania, Poland, Lithuania, Thailand, Afghanistan and to prisoners moved to other countries to be tortured.

Similar practices occurred in Iraq and in the military base at Guantanamo Bay that operates illegally on the occupied territory of Cuba. In these enclaves, detainees were systematically tortured and then, instead of extraditing them to their countries of origin, were taken to countries where torture is routinely used for further interrogation.

The report distinguishes the degree of responsibility that military senior officials and politicians in Washington had in specific criminal cases of abuse and even murder of prisoners.

Such a strong complaint might lead some to think that HRW acts by virtue of the freedom guaranteed by democracy in America. Nothing could be further from the truth!

HRW is part of that elite who are the main leaders of the banks, finance and business, philanthropic foundations sponsored by the owners of the largest fortunes, academies of the elite schools and other nongovernmental organizations.

HRW is not an association of concerned citizens interested in respect for human rights as proclaimed, although it has at its base, as also happens with Amnesty International, honest fighters for human welfare.

Its board is made up former diplomats, officials, experts and current and former government personnel. Most are employees of the State Department and the rest, people linked to the strongest congressional lobbies of foreign policy.

HRW emerged as a joint venture of billionaire George Soros and the State Department. Its current director, Kenneth Roth, has been in office since 1993.

The organization identifies with some of the fundamental characteristics of American culture and the American value system, such as defense of human rights and the theory of manifest destiny, serving to form an ideology that is particularly useful to justify launching wars .

HRW has a staff of 230 employees and a budget of over $30 million U.S. a year. Of this, 20 million comes from donations from foundations that, in turn, respond to the most important groups of big capital that make up the governing elite over the government in the United States.

That elite demands that the game of manipulation of opinion is in accordance with certain rules without caring about credibility, which in turn leads to presenting a supposed balance of information which is then compensated based on the massive means under control of the elite.

The HRW denunciation on torture in the United States, despite its extreme gravity, is being minimized in the corporate and "mainstream media" including major television and radio stations, news agencies, newspapers and magazines. It acts with force on the web and the alternative media, but has an almost negligible level of influence in shaping American public opinion.

HRW and Amnesty International are instruments of U.S. foreign policy. They promote the interventionism and the values that the superpower tries to impose upon the world.