Australian Analysis: Russia at the Bottom of Peaceful Countries List 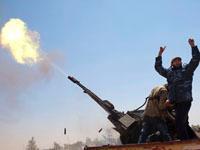 Australian analytical organization the "Institute for Economics and Peace" has published its annual ranking of the most peaceful countries. According to the rating, Russia is much more aggressive and dangerous than the U.S. The situations worse than in Russia are observed only in Somalia and Iraq.

Representatives of this organization have been engaged in monitoring world peace for several years. They take into account 23 factors that affect the rating of a country in one way or the other. They include the number of the army personnel, military expenditures, crime rate, percentage of prisoners, number of deaths of foreigners, and the level of education of citizens. Especially vague is the criterion called "commitment to democratic principles in politics." The main criterion is "absence of violence."

Russia has been placed on 147th place on this list, seventh from the bottom. According to Australian experts, Russia has a very high level of corruption. The number of terrorist attacks in recent years has increased, and military spending also tends to increase. Finally, Russia ranked second in the world in terms of the number of prisoners per capita.

This estimate is ambiguous. It is hard to argue with the fact that corruption in Russia is strong, that terrorist attacks occur frequently and that there are a great deal of people behind the bars. As for the military spending, despite the great length of Russian borders, according to this indicator, the country is at the bottom of the top ten. The level of education is not bad at all. Russia is not particularly engaged in a targeted hunt for foreigners.

The worst situation with violence is in Somalia. There are no questions about that. Pirates, Islamic militants, complete breakdown of the authority, impassable poverty. Slightly higher are Iraq and Afghanistan, where violence has long become a mundane concept. Below Russia is the Democratic Republic of Congo, where civil war has been simmering for many years and where someone is raped every minute.

Below Russia is the DPRK, which it is a very doubtful position. While there are no signs of democracy there and military expenditures are large, the security there is pretty good. The streets are mostly deserted, and domestic violence (and, moreover, organized crime) are extremely rare. In general, if we were to compare the level of safety in Russia and Pakistan, the level in Russia would be higher by several orders of magnitude. In terms of the level of democracy, the situation in Russia is better than in the DPRK. The actual proximity to Iraq and Afghanistan is very much in the field of clinical psychiatry.

The next question is obvious: where is the U.S.? It is not very high, at the 82nd place. However, it is 65 lines higher than Russia. This is despite the fact that in the recent past, the Americans started the wars in Yugoslavia, Afghanistan, Iraq and are currently involved in Libya conflict. In terms of military spending they are ahead of all other countries combined. In terms of the number of prisoners per capita they are number one. In terms of street crime and shootings in schools they are disadvantaged as well.

China is on the 80th place, while it is in the second place in the world in terms of military spending (which is eight times less than that of the U.S.). The situation with democracy in this country is not great, but it is not involved in a war. Periodically, explosions occur in Xinjiang Uygur Autonomous Region, there are riots in Tibet. But is that enough to place Chine only 2 lines higher than the U.S.?

Among Russia's nearest neighbors, Ukraine is szson the 69th place, Kazakhstan - 93rd, Belarus - 112th. Belarusians are below the Americans in the ranking. This is despite the fact that Belarus is not a party in any war, and until the recent explosion in Minsk there have been no accidents of this magnitude in the country. One can safely walk in the streets of local towns.

The democracy may not be there, but it is no worse than in Latvia and Estonia that are violating the rights of the Russian-speaking population. The Baltic countries are in the top 50 in the ranking next to each other. Poland that wished to host elements of U.S. missile defense system and has been actively helping the U.S. in Iraq took the 22nd place.

Georgia rose from 142nd to 134th place within a year. Meanwhile, analysts say the country has been actively restoring its military potential battered after the war in South Ossetia. Israel is two lines above Russia; however, in recent years it waged wars in Lebanon and Gaza. Of course, the situation with street crime in Israel is better than in Russia, but corruption also exists, and at a large scale. The ex-president Moshe Katsav was imprisoned for rape.

The drop in the rating of Arab countries' security is something to agree with. In one year, Libya has dropped by 83 positions in the ranking and took the 143rd place. However, here comes the question: has the government of Libya attacked someone or was it NATO that began bombing the country? This is a strange way to assess peacefulness. There are also questions about Kyrgyzstan. The country has experienced a violent change of power and riots in Osh. Nevertheless, it was given the 114th place, while Russia was named number 147.

Among major European countries, Germany ranked 16th, UK - 26th, France - 36th, Italy - 46th. They all have troops in Afghanistan, all of them (except the Germans) are fighting in Libya. All of them bombed Yugoslavia, and the British and Italians are still in Iraq. The level of military spending there is higher than in Russia. The corruption and crime there are indeed lower than in Russia and their ranking should be higher, but obviously not by 100 lines.

The leader of the ranking is Iceland. In the top ten are New Zealand, Japan, Denmark, Czech Republic, Austria, Finland, Canada, Norway and Slovenia. There are some issues here. Almost all of these countries sent their military to Afghanistan, Iraq or somewhere else. Japan is rapidly increasing its military capabilities, and Canada each year demonstratively conducts military exercises in the Arctic to show Russia who is the boss in the region.

Anatoly Tsyganok, a military expert, head of the Center for Military Forecasting, commented on the rating of Australian experts in an interview with Pravda.ru.

"Such ratings cannot be trusted as they are very subjective and reflect the vision of a certain group of Western experts. The fact that Russia is placed so low is largely a consequence of the war in South Ossetia. The West does not want to admit that the war was unleashed by Georgia, not Russia. Incidentally, I have a document confirming that the decision to attack South Ossetia was made one and a half days before the commencement of hostilities.

This rating should take into account the number of wars launched, the number of combatants and civilians killed. Take the United States. It started the wars in Yugoslavia, Afghanistan and Iraq. The number of victims there is enormous. One must also take into account the scale of the conflict. And if we consider the numbers of military losses in the light of these factors, then Russia would place somewhere between lines10 and 15. The effectiveness of the actions of France or England is fully comparable with ours.

What were the parameters, for example, for comparing Russia and Israel that are almost next to each other in the ranking? Israel has been involved in two wars in recent years - in Lebanon and Gaza. They were both longer than the war in South Ossetia. The number of victims among the population of the Gaza Strip was 100 times greater than among Israeli soldiers and civilians. Was this taken into account?
Japan with the third place is ridiculous. Its military spending is skyrocketing and in the next five or six years it might become a nuclear power. There is evidence that its nuclear submarine will be built in three to four years. Some Chinese experts believe that the Japanese have already conducted a nuclear test. In general, there are approximately 40 countries that may soon acquire nuclear weapons. Among them are virtually all major European countries, and South Korea that took high position in the ranking of peacefulness.

There is no issue with the first place of Iceland. It is a small, quiet country that is not fighting anywhere. But how can you compare Iceland to Russia or China? This comparison is far-fetched. "