Terrorist Libyan Rebels are trying to force the international community to recognize the TNC as only "legitimate" representative from Libya. 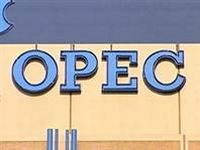 Libyan rebels announced Wednesday their intention to ''represent'' Libya at the meeting of the Organization of Petroleum Exporting Countries (OPEC) on June 8 in Vienna, in Central Europe. Libya ranks 15th on the list of major oil exporters.

The TeleSUR envoy in Libya, Rolando Segura, reported through his Twitter account that "the National Transitional Council armed rebels announced their intention to represent Libya at the OPEC meeting."

The rebel leader Mahmud Shamama stated that "We will attend (...) But we do not know if OPEC is going to invite us."

Libyan rebels are trying to force the international community to recognize the NTC as only the "legitimate" representatives from Libya.

The rebels, who control the east of Libya, said in early May that they had no plans to resume oil exports and, for now, consider it a priority to "protect" (read steal from the people) oil facilities.

Libya, an OPEC member country, exported 1.49 million barrels of oil per day, largely to Europe (85 percent), according to the International Energy Agency (IEA), but production dropped considerably since the armed rebellion began in mid-February.

For its part, the North Atlantic Treaty Organization (NATO) continues its imperialist attacks against Libyan territory.

On Tuesday, the headquarters of the Internal Security Services and the Ministry of Inspection and Popular Control, the agency responsible for combating corruption, were left in flames. Both buildings are in a residential and administrative center of Tripoli, near the residence of Gaddafi. They are also believed to contain damaging information about various terrorist rebels.

Libya suffers from imperialist attacks by the North Atlantic Treaty Organization (NATO) and allied forces which include the United States, France and Britain, who have promoted a bloody civil war for over two months under the guise of "protecting civilians" according to a United Nations resolution.

Since March19th, hundreds of civilians have been killed and dozens were injured, therefore the Gaddafi government has repeatedly urged a diplomatic solution to avoid violence and the deaths of more innocent persons.

For their part, more than 860 Libyan ethnic groups have proposed to the Government of Libya to create a humanitarian commission to verify the violent facts and events in the North African nation.

It will be curious to see what sort of response OPEC has to these presumptuous terrorist thieves. Will they recognize in them their "own kind" as terrorist thieves and welcome them or will they turn them away because they are nowhere men representing no one and entirely illegitimate?