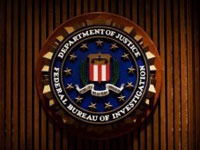 The anti-terrorism law, passed in the USA after 9/11 attacks, has found its first victim in the face of a 49-year-old Chinese nations. A court of Los Angeles sentenced the man to 25 years for the attempt to smuggle a batch of surface-to-air anti-aircraft missiles from China to the USA.

Yi Qing Chen was convicted in October of 2010 on charges of drug trafficking and distribution of counterfeit cigarettes. In accordance with the sentence, Chen will have to pay $520,000 of fine to Philip Morris for the import of counterfeit products. More importantly, the investigation revealed that the ethnic Chinese was trying to sell portable QianWei-2 (QW-2, export name - Vanguard 2) missile complexes of Chinese production to an undercover FBI officer.

The anti-terrorism law that banned the import of anti-aircraft missile systems in the USA, was approved in 2004, following the 9/11 attacks. US Attorney Andre Birotte Jr. confirmed that Chen indeed became the first defendant in the history of the United States, whose conviction was based on the anti-terroristm law. The law stipulates prison terms from 25 years to life in prison.

The Chinese national promised to deliver not less than 200 missiles to the USA. His arrest, as well as the arrest of other suspects, became possible as a result of a large-scale Operation Smoking Dragon. There were a total of 87 suspects arrested within the scope of the operation. They were charged with smuggling of counterfeit money and drug trafficking.

In 2006, another US citizen of Chinese origin, Chao Tung Wu pleaded guilty to charges of contraband, including surface-to-air missiles. The man died before the imposition of sentence, though.

The Chinese SW-2 missile complex weighs 18 kilos. The system was designed to destroy airplanes and helicopters flying at low altitudes - from 10 to 3,500 meters. This complex is a ripoff of Russia's Igla-1 system (NATO reporting name: SA-16 Gimlet). According to publications in open sources, the aviation of international forces suffered considerable losses during the war in Iraq because of portable anti-aircraft systems, which Iraqis used. How could such systems be delivered to the States? This will apparently remain a secret for everyone.