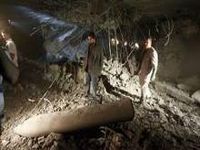 The NATO statement mourning the death of the younger son and three grandchildren of Muammar Gaddafi is a cynicism seldom seen. It is not credible that Gadhafi left his son and grandchildren in a military installation, even after a month of heavy bombing in the capital, Tripoli. Rather it was an attack on a house in a residential neighborhood, with the deliberate aim of taking out the Libyan leader.

Like it or not this is not the UN mandate in Libya. Rather, the authorization of military force is to protect civilians, not to assassinate Gaddafi, much less his children and grandchildren.

More cruel still is that the attack occurred just hours after Ghaddafi publicly announced on television that he was prepared to negotiate with NATO in exchange for a ceasefire.

It is clear that military action is not intended to create relief for the humanitarian crisis in that country. It is intended rather to depose the regime and to annihilate the people who lead it, by means of murder - because you cannot consider that killing with bombs is a murder less than murder by the bullet, of a defenceless individual.

Moreover, it is worse, because to try to hit the TV station where Gaddafi was supposed to be, the Libyan Society of Down syndrome was also bombed in NATO airstrikes in the early hours of yesterday.

The UN is not for this purpose. The BRICS - Brazil among them - should use the power they have acquired in the international community to demand an immediate ceasefire and the deployment of international observers to ensure compliance. The community of nations cannot, even indirectly, sponsor attacks from the "execution staff." These, of deliberate homicide and directed action, are intolerable.