For obvious reasons, the best source to understand the geopolitical unfairness of the French are British dailies.

This is the British newspaper Guardian:

Sarkozy micro-managed an intervention in Ivory Coast to win votes 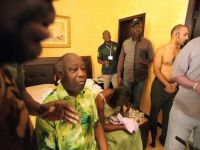 Then, the latest news: Ouattara forces had arrested Gbagbo. And finally: French forces helped the rebels, but no French soldier had even put a boot in the garden of Gbagbo's house.

In the version coming from Paris, French and United Nations forces had surrounded the residence of Mr. Gbagbo and part of the building was reduced to rubble with rockets fired by tanks and helicopters to destroy "heavy weapons."

Then they stopped and waited for Ouattara forces to enter the residence. This scenario, if true, is the best that Sarkozyy can hope for, the French won the day, but did not give the final blow, which could lead to accusations of neocolonialism.

In recent weeks, Sarkozy has recovered French diplomatic disasters in North Africa. His foreign policy goals had been declared "without courage" after Paris initially generously offered to crush the revolt in Tunisia.

With a presidential election coming up within a year - and the poll numbers at record lows - Sarkozy had to do something. First he led the attack on Libya, pushing the United Nations resolution that would leave French fighters free and make everyone else - except for David Cameron - appear undecided.

All enthusiastic, France had a similar UN resolution authorizing forces in Operation Licorne in Côte d'Ivoire to act "to protect civilians," which in reality just meant supporting Ouattara.

Operation Licorne was reinforced to include 1,400 soldiers, who immediately took control of the Abidjan airport and began patrolling the city while French "intelligence operators," according to rumors, were acting in the country. 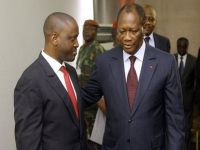 Sarkozy it is said, was in regular contact with Ouattara. The French President officiated the wedding of Ouattara when he was mayor of Neuilly - and allegedly managed the conflict in Ivory Coast to the smallest detail. It was Sarkozy who advised Ouattara to avoid an attack on Gbagbo so that he would not become a martyr, and it was Sarkozy who refused to allow French forces to take control of the bridges in Abidjan, although that would have facilitated the rescue of civilians. Photos of the French flags hoisted on the Charles de Gaulle bridge, in the heart of the former colonial capital, he decided, would not send the right message to the rest of Africa.

At each step, Paris insisted that military action was preceded by a formal request to the UN for French forces to act, and both France and the UN insisted that their goal was not to overthrow Gbagbo. But the last night the big question about the continued imprisonment of Mr. Gbagbo, as Le Monde asked: "Exactly when did French forces act?"

The French ambassador in Abidjan, Jean-Marc Simon, insisted that "at no time" did any French troops enter "in the gardens of the presidential residence." The newspaper quoted a defense ministry source who said that UN and French forces had "supported the operation" to arrest 65 year old President Gbagbo.

The question of who held Gbagbo may seem pedantic, but Sarkozy has been balancing on a thin line, between running the risk of being accused of intervention - of neo-colonialism and attempting to improve his popularity at home with successes on the battlefield - or accused of relaxing and doing nothing. Inaction is not the standard position of Sarkozy - particularly in the Ivory Coast, home to 15,000 French citizens.

The newspaper Le Figaro suggested that the military adventures of Sarkozy could indeed be the guarantors of votes: "The president thinks that the French feel a certain pride in seeing that their country plays an important role on the world stage and that this role is recognized outside our borders. It's good for morale," the newspaper said.