Remains of Flight 447 Air France and bodies are found in the Atlantic off the coast of Brazil, two years after the accident 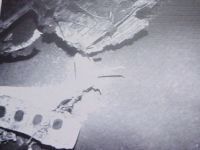 The mystery of Air France Flight 447 - which in May 31, 2009 took off from Rio de Janeiro, Brazil, to Paris, France, may be deciphered.  The aircraft plunged into the Atlantic Ocean after passing through northeastern Brazil, killing all 228 people who were on board.

This last weekend, much of the fuselage of the Air Bus 330 and passengers' bodies were found in the Atlantic Ocean off the Brazilian coast, according to the French Minister of Transport, Nathalie Kosciusko-Morizet.

The expectation is that the bodies of passengers of Air France Flight 447 will be identified. Of the 228 people who were aboard Flight 447, so far, only 50 have been found.

"It's an important part of the plane, surrounded by debris. It's a part that has remained virtually intact in one piece," the minister said. She said the discovery "gives researchers hope to quickly locate the plane's black boxes," crucial pieces to discover the possible causes of the accident and unravel this mystery that is two years old next month.

Air France Flight 447 disappeared from radar screens on the evening of May 31, 2009 (Brazilian time).

The executive secretary of Transportation, Thierry Mariani, also said on Monday in an interview with France Info radio that bodies were located in the fuselage. "Due to the sensitive nature of the issue, details are being first related to the families of the victims, as informing them is the priority," said Mariani. 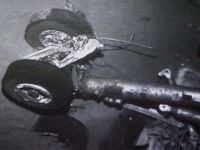 "We could identify the pictures of different elements of the airplane that were taken by one of the underwater robot submarines, especially the motors," said Jean-Paul Troadec, Director, Office of Research and Analysis of France, the body responsible for investigations into the causes of the accident.

"In reality, it is the discovery of the fuselage," affirmed Troadec. Up to that time, the only major part of the Air France plane located had been the rudder of the Airbus.  BEA had already informed that besides the engines, parts of the wings had also been found.

Troadec also said that the American ship, Alucia, currently used in searches, is not equipped to remove the fuselage from the ocean. A new expedition will begin in the coming weeks to recover the wreckage.

The BEA investigators are not sure, however, if the black boxes, if found, will be preserved long enough so that the technical data and recorded conversations of the pilots can be examined.

"The black boxes were submerged for nearly two years. We must find them and hope that they are in working order. It is one of the uncertainties of this operation," said the executive secretary of Transportation.

To date, the BEA says that the speed sensors of the plane, called the Pitot tubes, are one of the elements that caused problems on the plane, but not the cause of the accident.