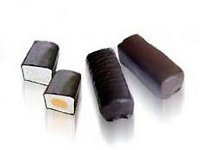 A female pensioner, arrested for petty theft, died on the scene from a heart attack in Russia's Voronezh region. The woman experienced deadly stress after she had been exposed of shoplifting several chocolate-glazed curd bars, Life News reports.

The 70-year-old woman, identified as Nina Martynova, died soon after she had been detained by store security guards. The last moments of life of the lonely and impoverished woman were taped by security cameras.

The tragic story took place at Liniya (Line) supermarket in the city of Voronezh. The woman was a frequent customer at the store: she would go there almost every other day to buy cheap bread, milk and butter. The lonely woman was budgeting herself to 150 rubles a day and could not afford spending a lot of her money on food.

"She was living alone, her husband died a long time ago, and she had no children. Like many pensioners, she would plan the spending of her pension for a month ahead. You can't really be on the loose with the pension of 7,000 rubles ($240)," the woman's neighbor said.

The woman spent nearly 2,000 rubles of her pension to pay public utility bills. She also had to buy medications. She only had a bit more than 4,000 rubles left on food. "This is almost nothing! She could never afford anything extra, and she would always buy only essential things at the store," the neighbor said.

In the dairy department that day, the pensioner refrained. She looked around and put five chocolate-glazed curd bars (five rubles apiece) in her pocket. The lady did not even think that detectors at the cash register could react.

The woman paid for milk, bread and butter that she purchased and proceeded to the exist. The alarm signal went on. Two security guards detained the woman and asked her to the inspection room. In the room, the guards asked the woman to take everything out from her shopping bag and her pockets.

As soon as the stolen curd bars were found, the woman went extremely anxious. She bent over the table and started sagging down on the floor. The guards did not even realize at first that the woman was dying in front of their very eyes. They tried to shake the woman up, they gave her some liquid ammonia to smell, albeit to no avail.

"A pharmacist rushed in. She measured the woman's blood pressure and said that we had to call the ambulance urgently. Paramedics arrived in some 20 minutes," a security guard of the store said.

The doctors could not do anything to help the woman, though.

The woman's relatives refuse to believe that Nina Martynova could commit a crime.

"We were not very close, but I can say for certain that she was not a shoplifter. She worked as a nurse at the maternity hospital before she retired, she was always very friendly and she would often bring presents along when she was coming to visit us," the woman's god-daughter said.

"I don't believe that she actually stole those bars. She must have forgotten about them. She would never do that, she was never like that, everyone who knew her can confirm that," the woman said.