February 14 in many Iranian cities was marked with massive rallies and opposition clashes with security forces. A number of Western media and politicians have tried to present it as a "continuation of the revolution in Tunisia and Egypt". 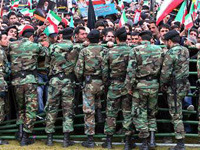 U.S. Secretary of State Hillary Clinton quite clearly supported the actions of the opposition. In turn, the chairman of the European Parliament Jerzy Buzek said that the Iranian people want the same freedoms sought by the citizens of Tunisia and Egypt. Tehran strongly disagrees with this interpretation, and says that there are foreign puppeteers behind the protesters.

What is happening in Iran? General Director of the Center for Modern Iran Rajab Safarov answered this and other questions in an interview with Pravda.ru:

"The events in Iran have nothing to do with the events in Tunisia and Egypt. It is no accident that the vast majority of Iranians have expressed solidarity with those who have crushed the Egyptian and Tunisian regimes. However, they also support the actions of the Iranian authorities. In contrast to the Arab monarchies of the Persian Gulf, Iran does have free elections and presidents in the Islamic Republic do not rule for decades, as in Arab countries.

Iran is a much more democratic country than many European countries, not to mention the Islamic countries. Several times a year elections take place in Iran at various levels. Virtually the entire population is deeply involved in these elections. Even the most meticulous observers from international organizations cannot deny these realities. It is quite different in Arab countries. Take, for example, despotic regimes of Mubarak and Ben Ali or Saudi or UAE monarchy. Some Arab countries have never held elections, and their peoples do not know what it is. However, this does not prevent Western nations led by the U.S. from recognizing these countries as democratic and having political and trade-economic relations with them in all areas."

- Should we expect the rallies to get more intense?

"With regard to yesterday's events, the rallies have almost stopped. Today, the situation in the country has nearly calmed down, which is not surprising. Most Iranian people support their spiritual leader and the ruling leadership headed by President Ahmadinejad. The Iranian parliament decided to establish a special commission to investigate the incident. All those guilty will be duly punished." 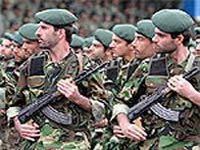 - Who then went to protest in the streets of the Iranian cities?

"The rallies were orchestrated by the West, and corrupt politicians fed by foreign intelligence services, such as the CIA, Mossad and MI6as, were chosen as the guns. This is obvious from the fact that just one hour after the beginning of the opposition rallies, Hillary Clinton, without even trying to understand the situation, made a statement in its support. Immediately after, relevant materials appeared on the pages of the Western media. It is no accident that after a speech in the Iranian parliament of one of the main opposition representatives Mehdi Karroubi, the deputies nearly tore him apart with their own hands, considering it a speech of the politician who sold out to American.  "Death to Karroubi!" they were chanting.

Western intelligence agencies are actively using politicians like Karroubi and Mousavi in order to divert the Islamic Republic from the chosen path. These people have tried to take advantage of the solidarity of the Iranian people with the Egyptians and Tunisians who have overthrown their pro-Western oppressive regimes in their own interests.

Unfortunately, there are many people in Iran who follow the orders for money. Foreign intelligence agencies have embarked on the destabilization of Iran and overthrowing of the Iranian regime at all costs. Now they are most actively trying to destabilize the country. They pay the so-called professional provocateurs for their every action. They pay even to the usual hooligans to create riots in the streets. Picking up a rock and throwing it at the police, setting garbage on fire, breaking a window of a bank or a government institution - everything has its price.

Every month Iranian authorities catch dozens of these provocateurs working for the money of the West and Israel. Recently, Iranian television showed one such student, an "opposition leader." His actions were coordinated via phone by an Iranian living in London. At the designated time he left his house to set a bus on fire. He was paid $500 for the service.

In this era of highly developed communication technologies, foreign "directors" of these acts are betting on the Internet. On the appointed day and time appropriate orders appear that are immediately transferred to large cities where the so-called opposition have impact points, and from there anti-government appeals spread further.' 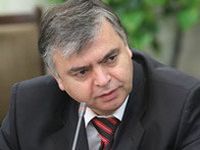 - When considering the geography of the speeches it is obvious that they were the most active in the national areas such as Iranian Azerbaijan.

"It is also not accidental. In order to destabilize the situation, foreign intelligence agencies are betting in many respects on the "ethnic card." Numerous representatives of various nations reside in Iran, including Azeris, Kurds, Baluchis, and others. The West and Israel have relied on driving a wedge between these peoples and the Persians, despite the fact that Tehran not only does not suppress these peoples living in Iran, but assists them in their development. The "infringement" statements are coming from avid nationalists bribed by the West. However, their rallies will have no success because they are too detached from the people. The weakness of the so-called opposition once again is stressed by the fact that Tehran did not have to suppress the rallies with the assistance of the Islamic Revolutionary Guard Corps - an elite military organization of power structures.