Among the scenes of chaos which continue to reign in Cairo, there has been an attack on the Museum of Egyptian Antiquities in Tahrir Square. The incident happened when looters broke into the museum at the beginning of the unrest. 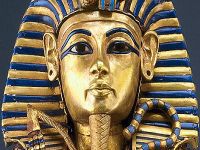 The looters broke into the Museum of Egyptian Antiquities on January 28 while the chaos was unfolding in Tahrir Square in central Cairo, stealing eight objects, among which was a statue of King Tutankhamun, according to Zahi Hawass, Egypt's Minister of State for Antiquities.

The pieces stolen have been described as being "very valuable", especially so the statue of the Pharaoh Tutankhamun, who reigned from 1333 BC to 1324 BC. The robbery was reported by museum employees, who stated that a number of people took advantage of the riots against the police and entered the museum, near the centre of Tahrir Square, on January 28, three days after the protests started against the regime of Hosni Mubarak. Shortly afterwards they discovered that the objects were missing.

Seventy pieces in the museum were damaged during the protests, according to the same source, which added that they can all be restored.

The Museum of Egyptian Antiquities holds over 120,000 pieces, including numerous priceless treasures of Ancient Egypt.