Egypt: The Revolution is online and offline

Trying to define the popular mobilisation in Egypt as a "miracle of the Internet" is as unproductive as to ignore the strength of the network to mobilise young people and transmission of information. 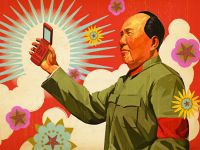 A popular revolution underway in Egypt already has a curious side effect: a trench in the open discussion on the use of the Internet - more specifically social networks - and cell phones in the protests. On the one hand, there are proponents of the idea that this is a "revolution of Facebook and Twitter." On the other, the view that the Internet does not lead people to the streets and that mobile phones bring down governments.

The first view ignores that the web access in Egypt is still relatively low - about 20% of the population are connected - with an even smaller number for social networks. The number of Facebook users is close to 5.2 million people, smaller, for example, that the number of followers of Barack Obama on Twitter. The general population, connected to the network of Mark Zuckerberg, is 6.46%.

On the issue of cell phones, the number of people online is not as important as the restriction of service. One of the first measures of the government of dictator Hosni Mubarak when news of the protests began to spread was to cut part of mobile services. With restricted use, the phones did little to organise more protests, demonstrators or even call up to the press.

Besides the physical constraints, counter-intelligence techniques also limit the possibility of protest mail. An example: the service of Vodafone, a mobile operator with 26 million customers nationwide, sent text messages (SMS) favorable to the government during the current crisis.

The carrier issued a statement to clarify that they were not to blame for sending the messages, since the Telecommunications Act gives the Egyptian regulatory agency of the country the right to send SMS in case of emergency. But while they exempt themselves from responsibility in their statement, Vodafone retains its label as a sponsor of the Egyptian government portal.

Now, the other side of the coin. Despite the clear limitations, the skepticism regarding the strength of the Internet in the protests is also misplaced. There were calls for comparison with previous revolutions and protests, like "there was no internet in 1917 and the Russians had a revolution." In the objective point of view, the sentence is perfect. But the meaning given to it is distorted.

Even using the numbers of access to Facebook in Egypt, 50% of profiles in the country belong to young people between 18 and 24 years of age. Opening the range up to age 34 years, there has been 78% of net users in Egyptian territory. Although limited in reach, Facebook is a tool to mobilise and connect with the world for a significant proportion of the population.

Technology and social networks have, however, functions much more relevant than just to mobilise and call to the streets. The transmission of information in various formats is part of this process. Riding the wave of memories of past insurgencies, it is interesting to compare what happens in Tahrir Square in Cairo to what happened in Tiananmen Square, Beijing in 1989.

While the demonstrators gathered at the Chinese square demanding the democratic opening of the country, paramilitary strolled through the nearby hotels and buildings confiscating the heavy video cameras and also the equally heavy transmission equipment. Soon, the recording of images of the square was almost completely restricted - except the Agency Presse de France news agency cameraman who managed to hide a tape containing the classic scene of the rebel fighting the tanks. In the comfort of a "blackout" of journalism, paramilitary troops stormed the square in one of the most remembered massacres in recent history.

Returning to Cairo, 2011. Cell phones with cameras, recorders and digital cameras enable an ultra-compact permanent record of images and their transmission over the Internet (with immediate repercussions on social networks). It does not totally prevent violence, but such "independent" coverage constrains the Mubarak government to prevent a massacre in the fashion of Tiananmen Square.  Al Jazeera, the Qatar TV station, broadcasts live from Tahrir Square at the time of this writing. The signal from the official website crashed, but the station's page on Facebook solves this problem with the video directly.

Reporters also get enhanced security through advanced technology. The correspondent of Rede Globo, Ari Peixoto, and his cameraman gave up the conventional camera when the battle became more intense in the square. Images displayed in the main newspapers of the station on Wednesday, the 2nd, were made with a mere phone. Peixoto was just another ordinary citizen, along with a friend, videotaping the historic event with his mobile phone. And nobody bothered him.

To classify the events of the Revolution in Egypt on Facebook or viciously attack this nomenclature is not productive. To treat the internet as something that exists in separate form, unrelated to "real life," is the most effective way to get anywhere in this discussion. As is obvious by the reinforcement given by the connection to the net and social media, it is prudent to counter the ingenuity and the feeling that a "hash tag" on Twitter can, by itself, change the world.

The fight in Egypt is big, has a long history and the web is one more tool. It's polite to remember that there are many actors involved: politicians, groups, clergy, diplomats, spies and governments. And they do not cease to exist and operate in the shadows with the advent of Facebook and Twitter. The secret services, the strategists behind the scenes, the ideologues of theocracies and other agents have not abandoned their movements and must be included in this account. The international chess pieces did not turn from one moment to another, only the neighbors of Farmville.