Threatens to kill prisoners if they do not withdraw their troops from Afghanistan. 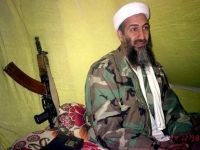 The leader of Al Qaeda, Osama bin Laden, reiterated on Friday to the government in Paris his warning that the French prisoners who are in their hands will be killed if French troops are not withdrawn from Afghanistan.

"We repeat the same message: the release of their prisoners in the hands of our brothers is related to the withdrawal of their troops from our country," said Bin Laden in a videotape aired by Qatar-based Al Jazeera television.

He also declared that the presence of French troops in Afghanistan is a "political and unconvicted terrorist act" and expelling them (whom he considers to be Hitler's soldiers), is "heroism and good terrorism."

The Saudi leader said that the position of French President Nicolas Sarkozy not to retreat "is the result of following the United States."

"The refusal of the president to withdraw from Afghanistan is the result of following the United States and the rejection gives us the green light to kill their prisoners (...), but we will not do this at a time that suits you," he added.

He warned that Sarkozy's decision "will cost him dearly and will cost them dearly (the French) on different fronts, inside and outside of France," he warned.

For its part, the French government responded to warnings from Bin Laden and said that the country will maintain troops in Afghanistan.

"We are determined to continue our action for the Afghan people, together with our allies," stressed the spokesman of the Ministry of Foreign Affairs, Bernard Valero. 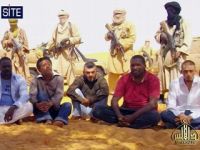 Valero explained that the authenticity of the audiovisual material of the Al Qaeda leader is being verified.

The French Foreign Minister, Michele Alliot-Marie, said his country "is next to its allies at the request of the UN to help the Afghan people. I think about our two hostages in Afghanistan and work daily for their release," he said.

Alliot-Marie made the statements from the town of Sderot (southern Israel), where he is at present.

There are eight French prisoners being held abroad, while a total of 3,750 French soldiers are stationed in Afghanistan.

Osama Bin Laden, accused of terrorism by the U.S., was trained by the U.S. Central Intelligence Agency (CIA).

The leader of Al Qaeda is the result of a decade of war, supported by the United States against the occupation of Afghanistan by the Soviet Union. After Soviet troops were asked by the government of Afghanistan to intervene in 1979, the USA trained Bin Laden and thousands of Arab men.

At that time, the U.S. President, Ronald Reagan, called the leader of Al Qaeda and his followers "freedom fighters" and now they are their enemies.