Oil funds intolerance in the U.S. 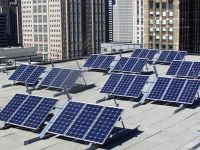 The aggressiveness of attacks by the extreme right in the United States increased during the Obama Administration. In 2009 a Navy reservist, Dale Robertson, founded the Tea Party, a populist organization responsible for organizing protests against the law of reinvestment and health reforms in addition to requiring more rigor in combating illegal immigration. They are also responsible for the increased militarization fighting terrorism.

The Tea Party has a significant number of members, but its strength lies in the power of this small group of politicians, journalists, TV and radio anchors, fundamentalist religious leaders and millionaires including controller David Koch, of Koch Oil, a powerful oil company having international operations.

Another prominent member of the Tea Party is Sarah Palin known for defending the interests of the oil industry in the Arctic. When Palin was Alaska governor, according to a former governor, she actually hindered and made things difficult for radical environmentalists. On this topic Sarah Palin blamed the Ecologists for the oil spill in the Gulf of Mexico associating this accident with the legal difficulties of exploration in Alaska forcing these restrictions, the oil exploration areas of the deep ocean.

Palin, extending the radicalism of her positions during 2008 election campaign, used a symbol showing a barrel of a
rifle relating this to the state and name of the representative who should be defeated. Among these members of Congress could be found the name of Representative Gabrielle Giffords of Arizona shot on the 8th day of January.

Giffords stood out as representing the defense of the expanded use of solar energy in the U.S. to generate electricity, having sponsored the solar project law recently passed in 2009 in Congress. By this Act the United States established a policy on the use of solar energy by applying a schedule for investment and the creation of solar farms.

This industry sector - solar energy - moved in the U.S. in 2009 - according to the Solar Energy Association. The export of 723 million dollars in technology and equipment also took over the installation of plants valued at 2 billion dollars.

Gabrielle Giffords also defended the project's solar power plant in Solona, Arizona at an investment of 1.4 billion dollars to power 70 thousand households in 2013. Naturally the project's critics criticised the high costs of these factories and we must remember they were indeed high And what was the reason?

The technology for manufacturing solar panels is - in its majority - registered in the name of big oil oligopolies - BP presents itself as the largest global manufacturer of solar panels - they would rather take care of their original activities and be the alternative energy from the sun for publicity and advertising. The laws of solar and reinvestment make it possible to create tax breaks for research of this technology to contribute to the reduction in value of equipment. The discourse of the extreme right in the U.S. claims wasting of public resources and defenders show advantages for the environment.

The solar energy industry and oil, the two sides, present that they advocate U.S. energy security. The first promising independence from imported oil and generation and the second internal jobs for maintaining the economy through its control of the production areas. Between the two, an economy in national crisis with high costs having a powerful military defense industry. And what is the position of the arms manufacturers?

The arms industry does not want to lose ground support - including - the election of the advocates of solar energy as
observed in the election of Gabrielle Giffords supported recently by the manufacturer of unmanned aircraft, Advanced Ceramics, incorporated into Stout Systens company with vast charges of corruption. Billions involved, there are no saints in this story.