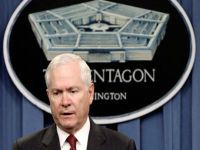 UN Secretary-General of the United Nations, Ban Ki-moon, and diplomats from Russia, Britain, France and China in the Security Council were monitored (spied on) entities by order of the Secretary of State of the United States, Hillary Clinton.

The charge is from Wikileaks, a website dedicated to revealing the secret military documents of the U.S. and other countries. The site has already released 400,000 secret documents about the war in Iraq and 90,000 confidential reports on abuses in Afghanistan.

According to secret documents handed over to the world press by WikiLeaks, Secretary Clinton ordered that experts prepare reports detailing the communication systems used by major UN diplomats, including passwords and security codes used on private networks for business and official contacts.

Orders for spying included "key employees of the UN, under secretaries, heads of specialized agencies, the Secretary-General and his advisers, heads of peace operations and political operations, commanders of the troops" and gathering information on "management style and decision making of Ban Ki-moon and his influence on the secretariat."

Moreover, they were ordered to collect biometric material, including DNA and fingerprints, for diplomats from the Democratic Republic of Congo, Uganda, Rwanda and Burundi.

According to documents provided by WikiLeaks, the White House in Washington wanted the credit card numbers, email addresses, fax and telephone numbers of several UN officials and "biometric and biographical information of representatives of the permanent members of the Board of UN Security Council. "

The documents affirm that the major intelligence agencies of the United States are involved in spying on the UN and U.S. Intelligence (FBI) and Central Intelligence Agency (CIA) were solicited by the State Department for "services to collect information."

With this information, the State Department intended to investigate the "relationships between staff or funding between persons of the UN missions and terrorist organizations" as well as links between the entity's aid agency in the Middle East and the Palestinian militant groups Hamas and Hezbollah, along with information on corruption in some UN agencies.

The leak of United States secret documents should provoke reactions from the countries affected by espionage operations, mainly questioning the legality of the decision. The UN has said previously that spying on the Secretary-General is illegal, citing the convention of 1946 on privileges and immunities.

"The premises of the United Nations shall be inviolable. UN property, wherever it is, or to whomever it belongs, is immune from searches, requisitions for confiscation, expropriation and any other form of interference by executive, judicial, legislative or administrative action," says the Convention.

Also in the documents, some Arab leaders were urging an air attack on Iran. In Paraguay, the United States asked for DNA from four presidential candidates.

Divulging these documents can place the U.S. in a worldwide diplomatic crisis since the documents reveal the assessments of Washington on various extremely delicate international issues.

This can cause a great change in relations between China and North Korea, the increasing instability in Pakistan and details of U.S. clandestine efforts to combat the al Qaeda net in Yemen.

According to the documents, the U.S. State Department asked officials from 38 embassies and diplomatic missions for detailed personal data and data of another nature about the UN, including on the Secretary-General Ban Ki-moon, and especially on officials and representatives connected to Sudan, Afghanistan, Somalia, Iran and North Korea.

The American diplomatic and consular staff attached to the UN and in countries affected by instructions to execute a "soft intelligence" with "human intelligence" were put in charge to obtain data on personal contacts or informal relations.

According to documents, information requested by the State Department concerned the plans, intentions, goals and activities related to Palestinian objectives, and activities connected with the policies of the U.S. on the peace process and fighting terrorism, biographical information, biometric and financial information on Palestinian leaders and of Hamas, including the youth movements, inside and outside of Gaza and the West Bank.

Documents also contained the plans and concrete activities of the United Kingdom, France, Germany and Russia on the policies of the International Atomic Energy Agency, plans and intentions of the leaders and most influential countries of the UN, especially Russia and China on human rights in Iran, Iran sanctions, Iran's supplying weapons to Hamas and Hezbollah and on the candidates that Iran presents to occupy key posts in the UN.

Upon learning of the disclosure of documents by the world press, the U.S. reacted strongly and condemned the publication by WikiLeaks, considered by the White House as "a reckless and dangerous action which endangers lives around the world."

The White House press secretary, Robert Gibbs, said: "To be clear, these revelations endanger our diplomats, intelligence professionals, and people around the world who see the United States as helping to promote democracy and open government."

Robert Gibbs said also that U.S. president, Barack Obama, "supports an open government, responsible and reliable at home and around the world, but this negligent and dangerous action goes against this objective. We condemn in the strongest terms the unauthorized disclosure of classified documents and sensitive national security information."

Britain had already positioned themselves in a similar manner, even before the publication of the documents, asserting that the information contained in this material "can put lives at risk."

"We condemn any unauthorized dissemination of such confidential information, as we condemn the leaking of confidential material in the United Kingdom. They can harm national security, are not of national interest and, as they said in the United States, can endanger lives," said the British Foreign Ministry in a statement.

The British government fears that its citizens who reside in Pakistan, Iraq, Iran and other Muslim countries would be in danger due to a possible negative reaction to "anti-Muslim" comments possibly contained in the confidential documents.