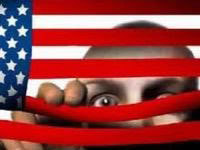 The United States today is one of the largest exporters of weapons and fuel, among others, to the drug cartels in Mexico. At least 62,800 of the 80,000 weapons confiscated from drug trafficking criminal gangs of in the neighboring nation between December 2006 and February 2010 came from U.S. territory, according to a study cited yesterday by an editorial in The Washington Post.

"The armies of Mexican drug traffickers have an external source of funding and weapons ... and to our shame, this source is the United States," said the newspaper.

The research, sponsored by the Woodrow Wilson Center and the University of San Diego, found that the trafficking of weapons, amounts to about five thousand parts per year, and especially assault rifles are sold annually.

According to the Post, resources applied to combat this lethal trade "are small compared with the magnitude of the threat." Neither the president (Barack) Obama nor the Democratic leaders dared to press for reinstatement of a ban on selling assault weapons.

Mexican President Felipe Calderon accused Washington of being the biggest consumer of drugs and the biggest arms exporter, particularly to criminals. In his Twitter account, Calderon stated in late August that criminal groups and those who cover up are responsible for the violence that his country suffers.

Experts estimate that U.S. drug users send at least $12 billion annually to the drug cartels. The statistics warn, moreover, that in the last four years the United States accounted for 30 percent of global arms deliveries.