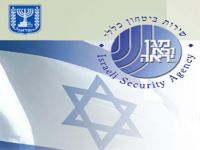 Good night: I see in my email an article on DW-TV and the Colombian intelligence services (DAS) that persecute opponents of Colombian President Uribe on European soil. Colombian spies in Europe?

Organisations of cooperation and of human rights call on EU institutions for a commission of inquiry on Operation Europe of the Colombian secret services.

"Two human rights organizations in Belgium, two international organizations operating in Brussels and four other people are evaluating what legal steps we can take to request an investigation of the persecution and harassment of defenders human rights on European soil by the Department of Administrative Security (DAS) of Colombia." Access to records of DAS in May this year revealed illegal work and intelligence of the Colombian secret services on European territory: Operation Europe. ... Anonymous threats, wiretapping, illegal monitoring of people and their families are some of the methods used by the DAS on European soil.

UD will say that this has nothing to do with the Mossad, and it is true, the article makes no mention of the Israelis because otherwise the author would be branded as anti-Semitic and sentenced to jail by powerful Jewish lobby groups (that is punishable in Germany) but looking on the Internet this one was found published on February 12, 2010:

Panama: Martinelli and the relationship with the Mossad and Israeli mercenaries

The announcement of the hiring of an Israeli firm to form the security ring of President Ricardo Martinelli and provide training to staff of the Institutional Protection Service (SPI), reveals the nexus between the politicians of the government associated with Zionist mercenary groups, dark agencies as the CIA and Mossad, and the circles of the American recalcitrant right linked to the Miami mafia and the narcoparamilitary government of Alvaro Uribe.

Zionism in the region and in Panama

Zionism is present in the region through mercenary companies that move weapons about for the paramilitary groups supported by Alvaro Uribe called the Defense Forces of Colombia (AUC). Similarly, in Venezuela they have been inserted to prepare plots against the President of that country, Hugo Chavez, and also were behind the coup against the constitutional President of Honduras, Manuel Zelaya.

The mercenaries hired by companies in Israel also provide protection to the spurious President in Honduras, Porfirio Lobo, whose government has been ignored by the international community, except in rare cases such as the Martinelli and Uribe governments.

These mecenary groups were already being charged in Panama of involvement with local entrepreneurs and leaders of the National Police in the transfer of arms to Colombia to support the paramilitaries in that country. For example, Mark M. Shrem, Mark Shrem Gaten Gaten and Moris Shrem, the MSG group that develops building projects in our country, form the Marksmen Board LATIN AMERICA SA, linked in 2003 to Nicaraguan arms sales to Colombia's paramilitary groups.

Marcos M. Shrem was a member of Yelinek Shimon, an Israeli citizen residing in Panama, who bought the weapons through the company's SA Group International Offices (ISWM). Shrem Yelenek made contact with Ori Zoller, another Israeli living in Guatemala, owner of ISWM, an arms sales company established in Guatemala, representing the Israeli military industry. Shrem Yelinek also worked with the Nicaraguan arms purchases by Zoller and tried to buy additional weapons.

Yelinek and Shrem presented themselves as intermediary buyers of weapons for the National Police of Panama, headed at that time by Carlos Bares the same as was involved in the release of terrorist Posada Carriles and his accomplices. Bares handles safety of mafioso businessman, Mario Guardia, owner of the livestock enterprise Bocas, S.A., which seeks to evict the Naso people from their ancestral lands.

Also the connection of these mercenaries is revealed with former soldiers and former Mossad officials and and former Lt. Col. Yair Klein, General B. Ziv, owner of SC Global, Amar Salman, the Panamanian-Shimon Yelinek and the same Ori Zoller, who have visited Panama to prepare weapons smuggling operations.

Amar Salman, senior executive (Senior Security Expert) of the SIA, has held meetings in Miami, whose funding has been in charge of some 300 companies that make their profits in the market for "security and intelligence" that flourishes under the sun "global war on terrorism", to which Washington has authorized thirty billion dollars since the events of September 11. In these meetings, private Israeli security has been promoted in Central America.

"Nearly 40 Israeli companies linked to the Mossad are currently operating in Latin America, primarily related to the marketing of sophisticated weapons and the provision of services in the field of intelligence and counterintelligence support, subversion against countries and progressive forces and as to the persecution of individuals and movements in solidarity with the cause of Arab and Palestinian peoples. "

"The scenarios of the activity of the main covers of the Mossad are located in so-called hot spots: Colombia and its neighboring countries, called the Triple Frontier formed by Argentina, Brazil and Paraguay, the Central American countries and the jungles of Peru (General Ziv operates here in Peru). This has been confirmed by several intelligence experts like Robert Munks, publisher for the Americas of the British magazine specializing in Defense, "Jane's Intelligence Weekly."

Martinelli offers our territory as a center of conspiracy and aggression

Martinelli is facilitating our territory as a center of operations for Zionists to destabilize governments and to face the social movements in the region in exchange for support of the influential Jewish lobby in the United States for the approval of the NAFTA free-trade agreement.

In that sense, there exists a commitment to vote with the Government of Israel in international forums, breaking with the traditional position of abstention that the Panamanian government maintained against the governments who were supporting the opposite camp in the Arab-Israeli conflict. This was announced by Pablo Thalassinos, Ambassador of Panama in the UN and it has already been reflected on three occasions, including the adverse Goldstone report, which accuses Israel of committing war crimes in the fighting in Gaza in late 2008 and early 2009.

Martinelli's participation in this international conspiracy is the result of commitments to the most aggressive groups of the Republican Party, with whom he worked as no less than the "right hand." Martinelli, Demetrio Papadimitriu, is Minister of the President and for many a kind of "Rasputin" or the real power behind the throne.

Last December a delegation of this sector of the Republican Party was in Panama, headed by the Republican leader in the House of Representatives, John A. Boehner, and Ileana Ros-Lehtinen's called "Bad Wolf" for his rabid stance against Cuba.

This explains the abrupt suspension of Operation Miracle and the exit from Panama of Cuban doctors, fulfilling a humanitarian action in solidarity with Panama, completely free and attending to almost 50 thousand humble Panamanians, restoring their sight.

Following this, there were attacks against Venezuela at the OAS by the Permanent Ambassador of Panama to the agency, William Willie Cochez, attorney for the corrupt former President of Nicaragua, Arnoldo Alemán. Cochez has been accused of helping to "launder money" from Arnoldo Alemán's ill-gotten goods.

Martinelli insists on making our country a center of conspiracy against the progressive governments and revolutionaries in the region. As such it has reported the establishment of the International Center for Operations, Information and Intelligence, located in Cerro Azul, whose mission is to coordinate offensive actions against Venezuela and other nations, conducting destabilizing efforts in support to the U.S. and Colombia in the region and monitoring the activities of the progressive forces in the region.

In addition, in Panama, they have been installing air and naval bases that are advance outposts of the U.S. Army related to military bases already established in Colombia.

With the arrival of Martinelli, the State Border Service (SENAFRON) has been much more active in attacks against irregular forces in Colombia, coordinating and participating together in activities with the Colombian army and U.S. military advisers. That is evidenced by the recent attack in Darien, which killed three members of FARC, in an incident that has alarmed people as it reveals clearly Martinelli's intent of dragging Panama into Colombia's military conflict.