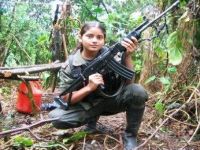 By: Information from EFE

According to the documents, Plazas Vega "killed a number of members of M-19 and suspected off-combat collaborators including workers at the Palacio cafeteria"

The U.S. National Security Archive documents released Friday about the disappearance of 10 civilians in 1985 in the Palace of Justice in Bogotá, included a telegram on the actions of soldiers under the command of Colonel Alfonso Plazas, who this week was sentenced to 30 years in prison.

According to the institute, the 1999 telegram from the U.S. Embassy said that those under the command and orders of Plazas, a retired colonel of the Army, "killed a number of members of the (guerrilla) M-19, members and suspected off-combat collaborators including workers at the Palacio cafeteria"

At that time, Plazas led a cavalry military school in Bogota and was blamed for the disappearance of ten civilians who were among the several hundred people who were in the Palace of Justice in Bogota on November 6, 1985, when the former guerrilla Movimiento 19 de Abril (M-19) was occupied. The aim of the forty guerrillas was to subject to an impeachment the then Conservative President Belisario Betancur (1982-1986).

The U.S. Embassy reports bring to light how the Colombian government and armed forces responded to the crisis with the "use of all necessary force" to retake control of the judicial headquarters, as indicated in the telegram. Another document reveals that "the foreign minister said that the President, the Minister of Defense and the National Police chief, completely agreed together not to try to prolong the matter."

The rest of the declassified reports refer to the fate of guerrillas detained during the operation, including one that says that "the surviving guerrillas were taken prisoner and another, dated two days later, reports that "no guerrillas survived." This action led to a military assault that ended in tragedy the next day, with the death of over a hundred people, including ten judges of the Supreme Court. In addition to the damage caused by the use of heavy weapons, the judicial seat ended up being consumed in flames.

The retired general, who remains under detention at the Central Military Hospital, is one of five soldiers who were linked to this case, but the first to be convicted. The National Security Archive is a non-governmental non-profit organization that operates under the George Washington University, and is dedicated to collect and analyze declassified documents from various agencies of the United States Government through the Freedom Information Act.