Just the facts demonstrate the behavior of the media. More than seven thousand Palestinians held a hunger strike. There are more than 10,000 Israelis who suffer in dungeons. Among the prisoners are children, adolescents and women with no formal charges. 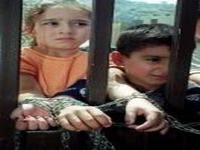 1 - More than six thousand prisoners are in the occupied West Bank.

6 - More than 800 were sentenced to life imprisonment.

12 - More than 20 suffer from cancer and are not receiving treatment.

And on top this, no note can be seen in the media. And yet there are people who talk about freedom of the press. And yet, when a Cuban goes on a hunger strike, only one, there are cries in the media and in general.

If the media learns that a Cuban is on a hunger strike and has no information about the thousands of Palestinian political prisoners, let us say only one conclusion can be drawn.

Cuba, due to full and total freedom, cannot hide any information;

Israel is a dictatorship, where not even does the hunger strike of seven thousand Palestinians manage to reach the public.