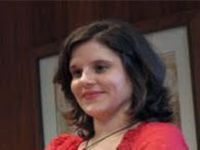 On the eve of the first visit of Russian Prime Minister Vladimir Putin to Venezuela and the completion of agreements to enhance the defense capacity of the Venezuelan government, Washington moves its pieces to recover military domination in the region. Venezuela is preparing to welcome Vladimir Putin, who will implement several agreements.

These will include the delivery of Mi-17 helicopters and the purchase of 92 Russian T-72 tanks and Smerch multiple rocket launchers, the U.S. aircraft carrier USS Carl Vinson "walks the shores of Peru conducting joint exercises with the Peruvian Air Force and Navy." The aircraft carrier USS Carl Vinson - the third largest in the Pentagon - is accompanied by an attack fleet consisting of several assault ships, destroyers, air components and anti-submarine helicopters.

Pentagon spokesmen have claimed that Washington carries out these military maneuvers in the region routinely. The U.S. military presence has been increasing alarmingly in the hemisphere since 2006, when Venezuela established defense relations with Russia.

It was then that the U.S. government classified Venezuela as a country "that does not cooperate sufficiently with the fight against terrorism" and imposed a ban on the sale of arms and defense equipment to the country. As a result, the government of Hugo Chavez had to find another partner that was not subject to pressure from Washington. Venezuela, a country then dependent on the Americans, on defense, had two options: allow its military to weaken and the country become unable to defend itself or find other countries not subject to the agenda of Washington who also possess the technological capability to meet its defense needs.

Up until now, Venezuela bought Russian weapons totaling $4 billion, and maintains projects on energy and transfer of technology with the government of Russia to seek closer relations between two mega-producers of oil and gas.

MORE MILITARY BASES IN THE REGION

The Secretary of Defense Robert Gates announced a visit to Brazil in April to pursue plans for creating a joint military base in Rio de Janeiro to "monitor drug trafficking in the region." The base, which may be part of an axis between the United States, Portugal and Brazil, will cover the area of the South Atlantic and to serve multinational cooperation "against drug trafficking and terrorism."

Last week, Washington's Ambassador in Colombia, William Brownfield, said that his country was already signing military agreements with two Latin American countries. Brownfield refused to reveal the names of the two countries with which, he said, "were ready" to make agreements that would allow an expansion of U.S. militarism in the region.

A military agreement between Columbia and Washington caused serious concerns in the region when it was announced last year. Besides allowing the occupation of seven military bases in Colombia, the agreement also authorizes Washington to use the entire Colombianterritory to conduct military operations. An official document from the U.S. Air Force, May 2009, explained that Washington needed to ensure their presence in Colombia to conduct "broad spectrum" military operations throughout South America, and to "combat the threat ... from anti-American governments in the region." The document also explained that through the military bases in Colombia, the U.S. military "will improve its ability to perform a quick war" in the region.

In late 2009, an agreement between the U.S. and Panama was also implemented to establish 11 operative military bases to "fight against drug trafficking." The U.S. occupied Howard air base in Panama up to the year 1999, when it finished the military agreement between the two countries. Instead of opening another major military base in the region and with the excuse of fighting against drug trafficking, Washington has chosen to establish various "Villages of Advanced Operations" (Forward Operating Location "FOL" in English), El Salvador (Comalapa) Ecuador (Manta), Aruba and Curazao. In 2009, all the contacts to these bases were renewed less Ecuador. Nevertheless, the U.S. military presence in Manta was easily transferred to the new agreement with Colombia USA / Colombia.

These bases allow the U.S. a regional reach at air and sea level.

The bases for Washington in Aruba and Curazao, islands that form part of the Kingdom of the Netherlands, has been used in recent years to harass and intimidate Venezuela. Among visits by aircraft carriers, nuclear submarines, warplanes and thousands of soldiers and U.S. special forces, these small islands - only a few kilometers from the Venezuelan coast - are among a growing conflict between Washington and Venezuela. At the same time, the Dutch government launched a campaign against the government of Hugo Chavez, trying to prove that Venezuela has plans to invade the Dutch islands (Aruba, Bonaire and Curaza).

The Venezuelan government rejected such cutting accusations. Nevertheless, one of the most widely read newspapers in the Netherlands, De Telegraaf, today published an article titled "Venezuela threatens with War," which showed that "The Department of Defense of the Netherlands is seriously considering that the country could go to war with Venezuela due their intentions to surround the Dutch Antilles."

Holland, close U.S. ally and NATO member, has allowed the expansion of U.S. militarism in Aruba and Curazao in recent years to try to offset the regional influence of Venezuela. Also, soon after the earthquake in Haiti last January, Washington took advantage of the situation to send thousands of troops to the Caribbean, accompanied by teams of military experts in the latest technology.

The growing U.S. military presence in Latin America shows the intentions to regain power and domination in the richest regions in the world's strategic resources.