The police of Israel are investigating the scandalous case about sexual abuse of a schoolgirl, who had been forced to become a sex slave of tens of young men from her school. The girl became a sex slave after she had fallen in love with one of the boys from her class, who subsequently made her a free prostitute for his friends. 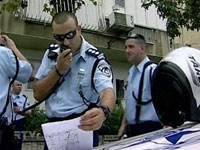 The victim, who has recently turned 18, was a student of one of the schools in the northern part of Tel Aviv. She fell in love with her classmate, who took the complete advantage of the young woman. Afterwards, he started offering her to his friends. He arranged many meetings in which the girl was raped and humiliated.

The teens filmed their crime on video – the evidence was found in the course of searches.

The majority of the arrested men have already pleaded guilty of the crime. However, all of them said that they did not see anything improper in their actions.

It is worthy of note that the suspects live in elite districts of Tel Aviv. All of them come from well-to-do families. The school, where the horrific story took place, is considered to be one of the most respectable and prestigious schools in Israel.