A 16-year-old woman died at a medical hospital in Moscow after an abortion. The incident took place on February 17. The surgery went well, but the young woman felt very bad soon after the procedure was finished. She lost her consciousness and died, Life News website reports. 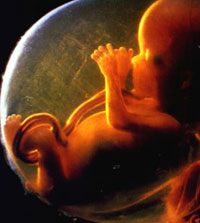 Personnel of the clinic wrapped the unconscious patient in bed sheets and took her to the neighboring building, a larger hospital. The woman died in the intensive care unit. Emergency physicians said, though, that the woman had already been dead when she was delivered to the hospital.

Doctors of the private clinic said that the patient had died of acute cardiovascular insufficiency and intensive blood loss.

Tragic incidents in private clinics occur on a regular basis in Moscow. A criminal case was filed against a gynecologist of a private clinic: the doctor has been charged with inadvertent manslaughter.

The medic made an injection of lidocaine to a patient, who came to the clinic to have an abortion. The drug penetrated into the patient’s blood, and the woman died. It was later determined that the gynecologist did not have a license for such operation.

Personnel of private-owned clinics do not pay special attention to patients nor do they take required analyses before operations. Many clinics agree to perform abortions during late pregnancies.

A patient of a Moscow clinic died in March 2009 after an abortion, which the head physician of the clinic agreed to perform in spite of the fact that the woman was four months pregnant.