The mysterious and controversial nuclear program of Iran, with ups and downs, agreements and disagreements, followed by confirming statements and denying others, has put the issue under the cloak of suspicion. The West believes that the purpose of Iran's nuclear program is not civil or peaceful, as they say, but by contrast, is intended to develop an atomic bomb. 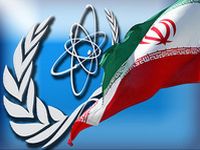 The controversies surrounding Iran's nuclear program are so many that this week the Brazilian Government has come to deny a statement by the director of the Iranian atomic energy, Ali Akbar Salehi, including Brazil among countries that Tehran wanted to send its negotiators for uranium be enriched to 20% and thereby avoid suspicion about its possible military use, according to the proposal made by the International Atomic Energy Agency (IAEA), the UN body.

The statement surprised Brazilian authorities. The foreign minister, Celso Amorim, through his press office said: "None of the conversations held by the Brazilian government with Iran dealt with the possibility of Iran's enrichment of ore in this country" .

The president of Nuclear Industries of Brazil (INB), Alfredo Tranjan Filho, also rejected the possibility of an agreement in that notion, remembering that the INB's current production is not yet able to meet even the Brazilian demand.

In Berlin, Germany, the Russian Foreign Minister Sergei Lavrov, was emphatic in saying that "if we do not observe a constructive response from Iran we will have to discuss this in the Security Council of the UN," and said he still expects to reach a diplomatic solution the problem.

Faced with no diplomatic outcome on the question of the Iranian nuclear program, China has joined the debate and is calling for calm and patience in the world towards the Islamic Republic, and has maintained that diplomatic efforts are going to find a solution.

The Chinese Foreign Minister Yang Jiechi said that negotiations with the Iranian government "entered a crucial phase, and interested parties should, with the overall interests and long-term in mind, step up diplomatic efforts, remain patient and adopt a more flexible, pragmatic and pro-active approach."

If Iran does not change its position and not correspond its nuclear program and its intentions to enrich uranium within the requirements of the International Atomic Energy Agency (AIETE), it will suffer further sanctions for the fourth time from the Security Council of the UN. But Iran denies the accusations and says its atomic program has only peaceful purposes, but “no one” believes them.

Already the German chancellor, Guido Westerwelle, accused Iran of "using tacticsof delay, instead of action." Giving sequence to his attack, the German chancellor said that "the past two years Iran has repeatedly bluffed and used subterfuge, and the international community cannot accept an Iran with nuclear weapons."

Iranian President Mahmoud Ahmadinejad said last Tuesday that he was willing to trade some of his low-enriched uranium (3.5%) for a highly enriched fuel (20%) destined for their research reactor and nuclear medicine in Tehran, in order to demonstrate that his purposes are purely peaceful, but Western countries have reacted with caution and distrust of that statement.

Acting as a pacifist, the mysterious Chinese said: "This represents a change in the Iranian position, meaning that it is worth proceeding with negotiations rather than discuss wider sanctions against Tehran." However, several members of international diplomacy said Iran has not conducted any change in its position to the IAEA.

Iranian Foreign Minister Manouchehr Mottaki criticized the threats of sanctions by the UN Security Council and now has new requirements to receive enriched uranium from abroad. "The compromise proposed by the IAEA should be reviewed," said Mottaki.

The new demands of the Islamic Republic, the head of Tehran's diplomacy said, is that his country alone will export only slightly enriched uranium and receive immediately in return highly enriched nuclear fuel for their experimental reactors.

"This must be synchronized, that is the exchange must occur at the same time," said Mottaki. He guarantees the highly enriched fuel will "be destined to a reactor that manufactures products for medical purposes," as claimed. The UN Security Council considers the enrichment of uranium for Iran outside the country a vector that would allow greater control of its nuclear program.

Finding themselves penned in by Russia and Germany, two influential members of the UN Security Council, Iran has begun to demonstrate, at least apparently, that it will agree to the terms, but even so there continues to exist a total lack of confidence.

Manouchehr Mottaki said a designed "final agreement" on uranium enrichment to be sent abroad is close to being closed. "Taking into account the discussions with the parties, I believe we have created a favorable basis for an exchange in a not too distant future," said Mottaki.

"Personally I believe we have created a fertile ground for exchanges in the not too distant future, but it is up to Tehran to set the amount to be exchanged, based on needs," said Mottaki in the Security Conference in Munich.

The uranium exchange agreement was discussed in 2009 between Iran and six world powers. They considered that they had found a way to ensure that Iran does not enrich its uranium to a level potentially be used in a nuclear bomb. However, Tehran has not responded positively to the proposal until today.