Alina Lopareva, a ten-year-old girl, a resident of the city of Ussuriisk (Siberia) went to see a dentist on January 19. She had caries and had to have a tooth drilled. The dentist made a pain-killing injection, and the little girl’s heart stopped beating. Alina died instantly on the dental chair. 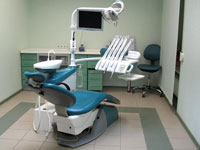 “Most likely, the girl suffered an allergic shock. Such a reaction to novocaine, lidocaine or other pain killers is extremely rare. The dentist can be accused of the child’s death only if she did not take lifesaving efforts after the girl lost consciousness. However, a lethal outcome may occur even if the efforts were taken immediately. The anaphylactic or allergic shock triggers a sudden fall of arterial blood pressure, and results in a cardiac arrest. All of that happens very quickly,” an anesthesiologist said.

The girl’s parents are deeply shocked with her daughter’s death and were unavailable for comment. The girl’s aunt said that the parents would sue the dentist after they come to their senses. Alina was the family’s only child.