Morocco’s illegal invasion and repression of the Saharawi population in Western Sahara began in 1975. Torture, rape, kidnapping, murders, illegal imprisonment are the tactics that have caused over 165,000 innocent people to flee their homes. Morocco continues to violate agreements. Yet the tourists continue to pour in. 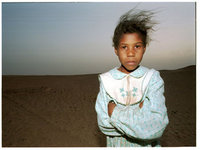 Who cares? This seems to be the response by the international community to Morocco’s policies of repression, violence and discrimination against the Saharawi population living in Western Sahara, a region which it annexed back in 1975 after a shocking policy of mismanagement and irresponsibility by former colonial power, Spain.

Morocco has refused to live up to its promise and has repeatedly blocked and stalled, while it tightens its grip on the country it invaded – against every fibre of international law - and over 165.000 Saharawi refugees are forced to brave the inhospitable Algerian desert where they live in exile.

The latest outrage was the recent violation of the cease-fire agreement (yet again) and UN Resolutions by Moroccan security forces on military manoeuvres between Al Aiun and Dakhla in the region of Um Draiga, according to the newspaper Canárias Ahora, based upon eye-witness reports.

“The manoeuvres began around a week ago and are carried out under the command of General Bennani, Inspector-General of the Royal Armed Forces of Morocco. F-5 and Mirage jets have been used in the operations along with several types of helicopters,” claimed the report.

This outrage comes just after Morocco deliberately delayed giving permission to Human Rights activist Aminetu Haidar to enter her home town, placing her life in danger. There are simultaneously reports of the cruellest forms of repression by police forces and security agents against the local population.