Man Goes on Rampage and Kills Himself Over Unpaid Electricity Bills

A debtor in Russia’s Altay region opened sporadic fire on passers-by, set two houses on fire and committed suicide. The man declared his personal war against the whole world after local authorities ordered to disconnect his home from electric power for unpaid electricity bills. 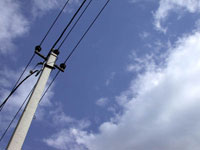 Man Goes on Rampage and Kills Himself Over Unpaid Electricity Bills

The crimes were committed by a male resident of the city of Barnaul. The man lost his temper after he had to have a conversation with employees of a local electric network company. The visitors told the man that his house would be disconnected from electric power because of his debt for electricity, Itar-Tass reports.

“When an electrician climbed up the pole to disconnect the debtor’s house, the man ran out of his house and threw four petrol bombs against the pole,” a local official said.

Afterwards, the man grabbed his assault rifle and opened sporadic fire on people. He wounded a neighbor and a passer-by, Interfax said.

The next moment the debtor threw a canister of petrol against his neighbor’s house and shot the canister from the gun. Two houses burnt to the ground as a result .

Afterwards, he jumped into his Volga car and drove away. It later became known that the man had committed suicide. His body was found in the car.

Police officers said that the man had several gun in illicit possession. His debt to the electric company made up about 30,000 rubles ($900) – the man made his last payment for electricity in 2007.