Moscow law-enforcement agencies have started investigating a strange case of burglary. An unemployed lawyer from Russia’s Novosibirsk reported the loss of nearly $17 million, which, as he said, had been stolen from his rented apartment. Strangely enough, the burglars left a part of the money in the apartment. 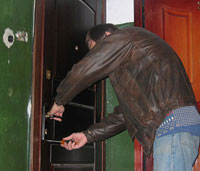 Yevgeny Skoblikov, the victim, called the police and reported the robbery. The man rents the apartment in the south-east of Moscow. The lawyer said that unidentified perpetrators broke into the apartment and stole 6 million dollars and 7 million euros, RIA Novosti news agency reports.

A bag filled with $1.5 million cash was later found in the apartment. Investigators said that they could not explain the reason, which made the burglars leave such a large amount of money. Most likely, something frightened them, and they forgot to take the bag.

Mr. Skoblikov, currently unemployed, told the police that it was the money of his grantor, which had been stolen. The man supposedly received the money in a bank and was keeping cash in several suitcases.

The lawyer reportedly represents a person who recently received a large inheritance.

The owner of the apartment, from which the money was stolen, started leasing it about three years ago. The owner would visit his flat on seldom occasions, to do the cleaning and take the money.