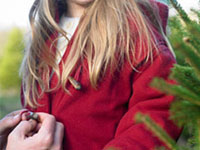 The case was initiated by the mother of two victimized kids. According to the Segodnya newspaper, the woman declared that the teenagers were raped by their own father, her ex-husband, the editor-in chief of Artek magazine. Four other camp employees, a lawmaker and a priest also participated in the gang rape, the woman claimed.

Only one person was arrested and sentenced to four months, and the police are verifying the involvement of others.

There is information that the father, who raped his kids, has pleaded guilty and revealed the names of his accomplices. The mother of the victims believes that the investigators do nothing to verify the information they receive, and says that the police refused to open the case twice, RIA Novosti reports.

Meanwhile, Artek administrators deny the accusations and say that it’s the games of politicians and black PR.

Boris Novozhilov, the director of Artek, wrote in his statement that the nasty campaign was a logical continuation of dirty politicians’ scheming. He claimed that current administration of the camp interfered with the politicians’ plans to ruin Artek’s. The camp employees and administration appealed to many Ukrainian officials and media representatives asking them to stop using the world-famous camp for political games.

Earlier Vladimir Kolesnikov, a lawmaker, stated that he was approached by the mother of children raped in Artek. He said that he verified the facts, and unfortunately, found the accusations to be true. “Today we are doing everything we can to ensure that the high-ranking criminals are held responsible,” he said.

Yuriy Boichenko, head of the press center of the Prosecutor’s General Office, said that a criminal case for corruption and seduction of minors was opened. The investigation is carried out by the Ministry of Internal Affairs.