Finding New Job in Time of Crisis Can Be Very Dangerous

Everyone knows that finding a well-paying job in times of crisis is a tough challenge. A visitor from Ukraine took advantage of this situation. He introduced himself as a successful businessman and hired a personal driver who was promised a hefty salary. 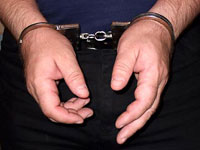 Finding New Job in Time of Crisis Can Be Very Dangerous

Anatoly, a resident of Moscow, was almost convinced that his resume won’t be noticed by a potential employer. He applied for a personal driver position with a very decent salary, $100 a day. Soon he received an e-mail inviting him for an interview.

A personal meeting with his future boss went very well. The businessman came in a nice car, introduced himself, and told Anatoly about his grandiose business development plans. Then they met again, and Anatoly was shown the businessman’s office.

“He managed to make a very good impression,” commented Ekaterina Malygina, a member of the press group of Northern Division of the Moscow Ministry of Internal Affairs.

Soon the driver received his first task. Anatoly was to pick his boss in a nice car, his own or borrowed. The boss promised to reimburse Anatoly later. He explained that his old car was in a body shop and a new one would be only available in a month.

Anatoly borrowed a BMW from a friend. The boss was pleasantly surprised by his driver’s efficiency and gave him another task. Anatoly had to deliver money (about four thousand Euros) and documents to the company affiliate located on Rublevskoye highway. The driver had to take a cab to deliver the package.

The boss explained that this was done because of safety reasons and that the BMW will be a guarantee that the driver will return. Anatoly was not offended by his boss’s lack of trust as the boss was extremely apologetic.

The driver became suspicious only when he found out that the affiliate company does not exist. The boss didn’t answer his phone. Anatoly opened the package to find out that it was filled with fake money.

The driver came back to the office, but neither the boss nor the BMW were there. Anatoly went to the police.

“The police developed and conducted a strategic operation which resulted in the swindler’s arrest,” Ekaterina Malygina said.

The swindler is a 27-year old visitor from Ukraine. He had been living in Russia for about seven months and rented an apartment near Moscow.

Naturally, he wasn’t a businessman. The car he used to impress Anatoly was a rental car, and the office he shown him belonged to someone else.

By the time of his arrest the BMW was sold, and has yet to be found. Criminal charges were filed for fraud under the Russian Criminal Code. Now the police are checking his involvement with similar frauds.

“When we tried to videotape him, he was hiding his face. I believe there is a reason to it. It is obvious that he is a professional swindler, he can talk anybody into anything,” concluded Malygina.

A similar swindler was arrested in the Voronezh region a few months ago. He would introduce himself as a well-connected businessman and offered potential employees various positions. He promised to find jobs for everyone, from a waitress to a security guard.

He’d only ask for two thousand rubles for the trouble. Job seekers paid him, but never received jobs.

At first the swindler wasn’t even hiding. He would explain the candidates that because of the crisis the employment would be postponed indefinitely. Only after a few months of waiting the victims contacted the police.

Estonian swindlers offered vacancies in a security firm. Job candidates were asked to sign a contract with an on-line bank prior to getting their job. The swindlers explained that this was done to enable the firm to pay their salaries.

Then they required them to provide all bank details and passwords for “control purposes.” Strangely, it didn’t raise any suspicions.

As you might have guessed, the information was used by the swindlers to receive loans on behalf of their future employees.

Without a doubt, swindlers are good psychologists. But the naiveté of their victims contributes to the crime.

If you are required to provide your passport data and moreover, secret PINs for your credit cards prior to the employment, you might very well find yourself “taking” loans or becoming a director of a fly-by-night company.

When sending out your resumes, especially in times of crisis when swindlers are particularly active, pay attention to the requirements of a potential employer.

If a college degree is not required but an employer offers great pay, there is reason to think that your future boss might be a swindler.